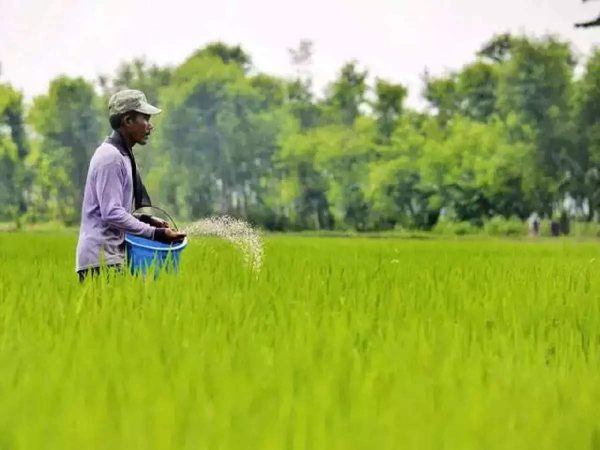 Nano urea promotion and its acceptance by the farmers will indeed be a game changer for the fertilizer scenario of the country, says Union Minister of Chemical and Fertilizers, Dr. Mansukh Mandaviya.

What is Nano Urea: It is an innovative nano fertilizer developed indigenously. It is produced by an energy efficient environment friendly production process with less carbon footprints. Its application to crops as foliar fertilization enhances crop productivity to the tune of 8% wit

h commensurate benefits in terms of better soil, air and water, and farmers profitability. Scaling up of production and sales as well as application of Nano Urea will also lead to reduction in green House Gas (GHGs) emissions over a period of time.

During the review, Dr Mandaviya observed that nano urea is now being widely accepted by farmers across the country. He stated that with the inclusion of Nano Urea in the monthly supply plan of the states by Dept. of Fertilizers, its availability and reach to the farmers will increase manifold. The Minister directed the department officials for promotion of Nano urea in mission mode to harness its benefits. He also directed for sensitization of retailers by organizing retailers’ meetings at periodic intervals in coordination with other state departments.