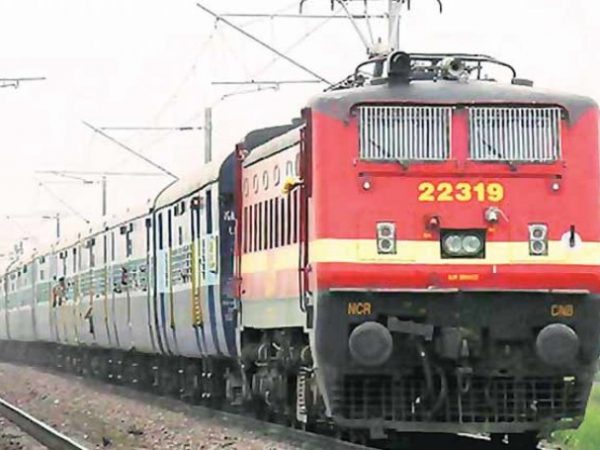 The revival of economic activities leading to an upturn in demand for commodities, coupled with the resumption of additional passenger services, has resulted in a big jump in earnings of the Maligaon- headquartered Northeast Frontier Railway (NFR).

The total approximate gross earnings on an originating basis of NFR in the first half of the current 2021-22 financial year surged by as much as 98.24 percent on an annual basis.

NFR’s total revenue earnings during the April-September period of this fiscal stood at Rs 1,260.66 crore as compared to Rs 635.92 crore during the corresponding period of 2020-21.

The zone witnessed an increase in its earnings across all the segments passenger, goods, ‘other coaching’ and ‘sun- dry’-as economic activities re- bounded and demand for goods as well as passenger bookings shot up. The passenger revenue of NFR during the first six months of the current fiscal witnessed an astounding over the first half five-and-half fold jump year-on-year to touch Rs 561.33 crore as against only Rs 84.71 crore in the April-September period of 2020-21.

Revenue from another coaching also recorded a climb of as much as 252 percent annually during the first half of this fiscal to Rs 95.18 crore from Rs 27 crore in the same period of last year.

The earnings from goods traffic on an originating basis registered a moderate increase of 7.13 percent to reach Rs 509.48 crore during the period under review. NFR’s goods revenue had stood at Rs 475.57 crore in the corresponding period of the last financial year.

of this financial year. Overall, the total gross earnings on the originating basis of the Indian Railways went up by over 59 percent on an annual basis to more than Rs 85,588 crore in the April-September period.

Meanwhile, the approximate number of passengers booked in the NFR zone touched 14.15 million between April 1 and September 30 this year. This is a huge jump compared to the figure of a mere 0.66 million bookings recorded during the corresponding period of last year.

“We were hoping for this kind of growth in earnings during the first six months of the ongoing fiscal year. Firstly, the base was low as passenger services had remained suspended for most of the time during the first half of the previous year, while the goods traffic at that time was mainly focused on the transportation of essential commodities. Besides, even though the second wave of the pandemic this year was severer, there were only state-specific or local lockdowns. Eco nomic activities continued to some extent and so did passenger services in the form of ‘special’ trains,” said a source.

The source said the demand for commodities has shown a rising trend due to the resumption of regular economic activities in most of the sectors.

“In addition, while regular passenger services continue to remain suspended, we have introduced more and more long-distance and local passenger services in the form of ‘special’ trains to cater to the growing demand for berths from commuters,” the source said. NFR expects further growth in earnings during the second half of the current fiscal.

“With Covid-19 cases continuing to decline and even local lockdowns mostly lifted, we believe there are propects for more improvement in both the passenger and the goods segments, provided that there is no third wave,” said the source.