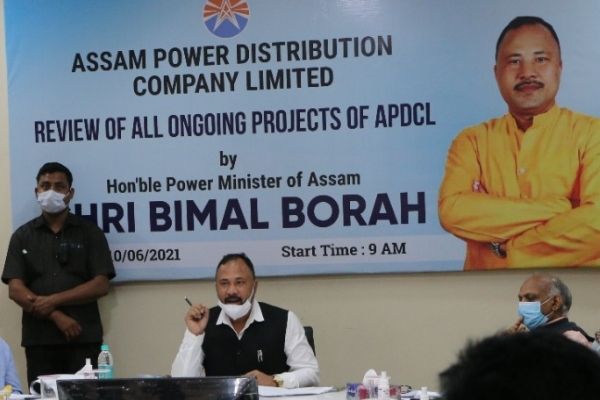 In a meeting addressed by Bimal Borah, Assam Power Minister, stated that APDCL maybe turned into a profitable enterprise in next five years.

As one-fourth of the monthly bill of APDCL remains uncollected, the power utility appears to be in a deep mess due to severe mismanagement.

It’s been continuing for a year and the company has been lagging since then making a way to the debt trap.

The earning stood at around Rs 400 crore while the expense of discom is around Rs 550 crore and total payable amount to generating companies is Rs 1200 crore. There is a difference of 25-30 almost lying between the bills raised and the amount collected leading to mismanagement.

Tingkhong MLA Bimal Bora, the recently appointed has been on a continuous overdrive to review the affairs of this department and has sagged a few of the skeletons. It has already started taking a roll.

Besides, not only mismanagement but the lag of anti-theft drives has been another reason for this dismay. Subhrajyoti Hazarika, Chief GM of Anti-theft and security has been removed from the post, responsible for theft detection, data breach policy, irregularities.

Another CGM (Commercial and EE) with other officials have been suspended for negligence and gross irregularities leading to pilferage of electricity by M/S BDS Steel Industries of Baihata. Another two theft cases in two steel industries of baragaon in Guwahati were detected in a raid by discom.

Again territorial CGMs have been removed from Bijulee Bhawan. The lower Assam GM is placed on Bongaigaon, Central Assam CGM in Cachar, and Upper Assam CGM got placed in Jorhat.

Necessary actions have been taken against theft cases.