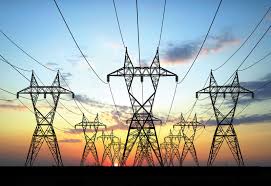 The proposals from the State were submitted at a review meeting chaired by Union Power Minister RK Singh on Friday. Deputy Chief Ministers of Tripura, Meghalaya, and Arunachal Pradesh attended the meeting along with Power Minister from Sikkim and Advisor (Power Department), Nagaland.

Official sources said Assam has submitted a DPR of around Rs 5,000 crore for the scheme wherein APDCL has proposed to install more than 5,000 km of HT line along with a 5,000 km High-Value Distribution System. Also, more than 15,000 km of old conductors will be replaced by covered conductors. The projected outlay of the scheme is more than Rs 3 lakh crore.

Sources said that the Union Power Minister has expressed satisfaction with the progress so far in the power sector of Assam and appreciated the innovative efforts by the power utilities.

The Union Minister also mentioned that with the progress so far, Assam is likely to be the first State to get sanction under this scheme and assured all assistance and support to the State.

He said the Revamped Distribution Scheme will help to reduce the losses, and increasing demand for electricity has necessitated the strengthening and modernization of the distribution infrastructure.