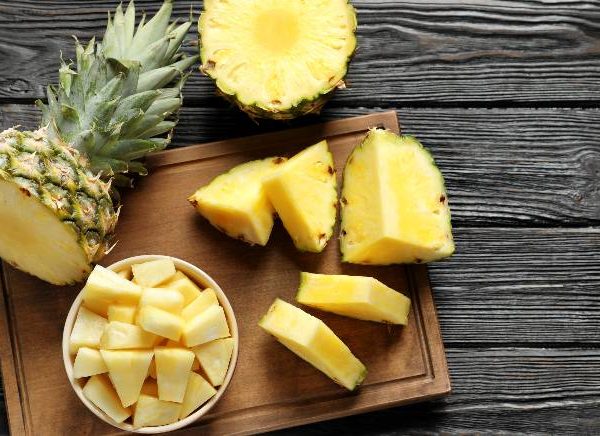 Guwahati: The Agricultural and Processed Food Products Export Development Authority (APEDA) will promote local pineapples grown in Assam and the Northeastern region in the overseas markets.

“Pineapple is the most versatile crop of the day wherein Assam and Northeast can be leaders in exports. The pineapples being produced in Assam as well as in Tripura, Meghalaya, and Manipur are most delicious and qualitative and will provide support for the export of pineapples from Assam and the neigbhouring states to overseas markets,” APEDA chairman Dr. M Angamuthu said.

He said that besides having exceptional juiciness and a vibrant tropical flavour, the fruit also has immense health benefits.

“Pineapple contains a considerable amount of calcium, potassium, fiber, and vitamin C, and is low in fat and cholesterol. It is also a good source of vitamin B1, vitamin B6, and dietary fibre. Pineapple is a digestive aid and a natural anti-inflammatory fruit. Pineapple enzymes have been used with success to treat rheumatoid arthritis and to speed tissue repair as a result of injuries, diabetic ulcers, and general surgery.

“Around 50 percent of the global trade of pineapples takes place with the product like fresh fruit, 30 percent as canned product, and 20 percent as juice concentrate. World trade in fresh pineapple has shown a 100 percent increase – during the last one decade. Even though India is the sixth largest producer of pineapples in the world, with a share of about eight per cent in production, its share in the world market is negligible. India exports pineapples mainly to Nepal, Maldives, the UAE, Saudi Arabia, Ka zakhstan, Oman, Bahrain, Bangladesh, Zambia, Pakistan and Qatar.”

The APEDA chairman said NE can emerge as a pineapple export hub and help the country emerge as a bigger player in the global market.

“Kew and Queen are the most popular varieties among the growers in the Northeastern region. The Queen variety is widely grown in Assam. The Kew is the processing variety and the Queen is the table variety normally used for fresh consumption,” he said.

APEDA will organize a buyer-seller meet, for Northeastern pineapples later this year.

“Huge quantities of organic pineapples are produced in Assam and NE. The organic pineapples of this region will be promoted in the export markets under the India Organic brand. Besides, during the pineapple season, quality produce from the Northeast will be sent to the Indian embassies in the importing countries to organize test marketing with a view to the increasing popularity of the fruit grown in this region,” Dr. Angamuthu said.

APEDA will provide assistance to pineapple growers and the Farmer Producer Organizations (FPOS) of the Northeast in the areas of capacity building and knowledge sharing. Product presentation and promotion, packaging, organizing fairs, and testing in supermarkets and restaurants are among other strategies which will be adopted by the APEDA to extend assistance to the NE states for promoting the export of local pineapples of this region in the overseas destinations.