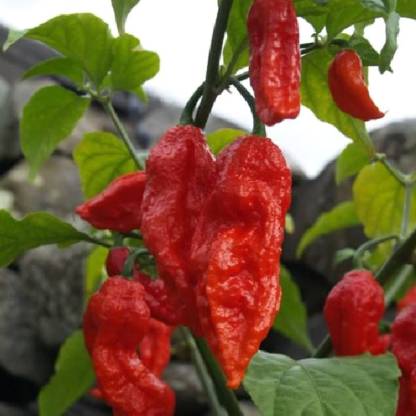 Assam, Guwahati: The Agricultural and Processed Food products Export Development and Authority (APEDA) is now up with further more motives to undertake several other consignments, including the trial shipment of lemon and bhoot jolokia (Ghost Pepper) from the state and export it to International Markets. And with this shipment a financial assistance will be acquired by the entrepreneurs to set up pack houses and other facilities in the North East region.

Since, Assam and the other states of North East have a favourable climate condition and the soil type for growing almost all agricultural and horticultural crops and with sharing 98 percent of its boundaries with nations like Bhutan, Bangladesh, Myanmar, and China, the region adequately fits for export: APEDA Chairman.

Dr. Angamuthu adds that, the region still deprives of few basic facilities like pack houses, cold storage, refer vans, processing facilities, connectivity issues which restrains the potentiality of the region. And to sustain these shortcomings to ensure the smooth carrying of basic activities, they intend to associate with various organizations under Government of India and also the State Governments of North east.

APEDA  is keen to provide financial assistance towards exporters and encourage them to set up pack houses and strengthen their in-house labs. This year, a private exporter approved APEDA has availed to set up the first export-oriented  pack house of North east in April for the exports to the European Union. In the export list of lemon and bhoot jolokia (Ghost Pepper) from Assam, pine-apple of Tripura and Ginger from Arunachal Pradesh also gets added for this year’s project.

Several other projects too, shall be undertaken by APEDA like capacity building of 80 budding entrepreneurs and exporters from the region, the Farmer Producer Organizations (FPOs) and Farmer Producer Companies (FPCs) and state govt. officials, organize skill development and training in food processing, value addition on horticultural produce in capital of NE region and a buyer-seller meet too.

Among other plans of conclave meet on GI and Nation-level conference to be organized, APEDA also plans to undertake branding and promotion of North east products such as KIWI Wine, processed foods, carry out wet sampling of Joha Rice Pulao, Black rice Kheer and will also organize workshops as well as awareness programs in various districts of Assam.

A value addition for crops to sustain export is another main focus area for APEDA in North East. Source: Assam Tribune.