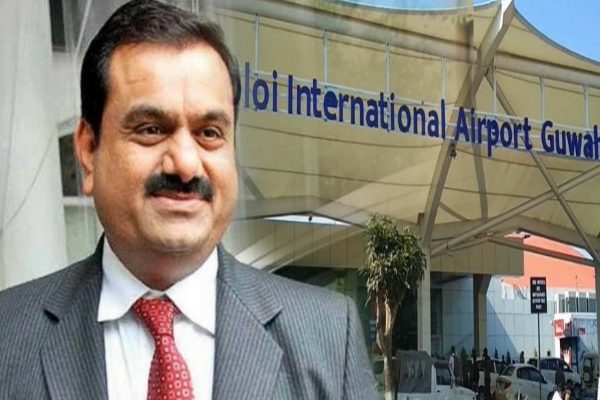 Guwahati: Lokpriya Gopinath Bordoloi International Airport in Guwahati has begun its “Observation Period” as part of the Adani Group’s mission to expand and renovate northeast India’s primary airport, according to authorities.

Utpal Baruah, an aviation industry specialist from Assam, is the Chief Airport Officer for Adani Airport Holdings Ltd (AAHL), according to an Airport Authority of India (AAI) official. The nine-member team began its “observation period” on Monday and is expected to take over in October.

Existing AAI staff will assist for three years, according to an AAI official who spoke on the condition of anonymity.

To promote aviation-related businesses and services, AAHL has also been granted a 50-year lease on land near the airport.

PPPs were used to lease, manage, and develop AAI’s six airports in Guwahati, Ahmedabad, Jaipur, Lucknow, Thiruvananthapuram, and Mangaluru in 2018.

All six airports were awarded to the Adani company, which had won the bidding war.

According to the Arunachal Pradesh chief minister, Jyotiraditya M. Scindia visited him in New Delhi, where they addressed several problems related to the state’s airports.

Khandu, according to an official in the Chief Minister’s Office, asked Scindia to explore developing Advance Landing Grounds at the state’s airports, the source said on Monday.

CMO officer Tapir Gao, state Civil Aviation Minister Nakap Naloh, Chief Secretary Naresh Kumar, and Commissioner Prashant Lokhande were with him when he informed Scindia on the development of Holongi Airport, according to the official. A new airport in Itanagar is under construction, and the chief minister says it will be operational within a year.

To improve air connectivity in mountainous areas, the AAI has undertaken a Rs 650-crore development project.