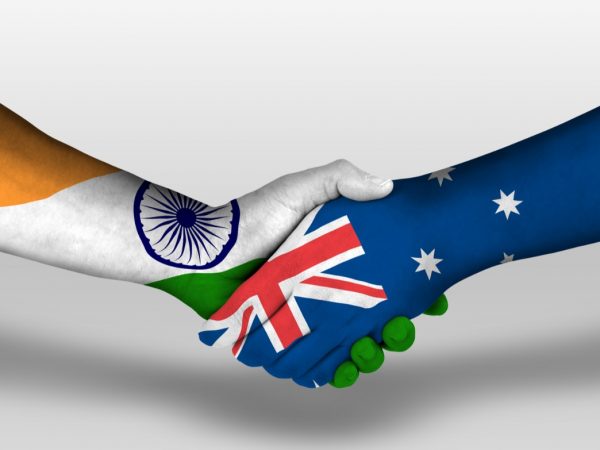 India has cooperated with Australia in sectors such as agrifood, mining, infrastructure, healthcare, and education in order to promote industrial and manufacturing activities and generate economic growth.

“Both countries are committed to an early harvest announcement on an interim agreement to liberalize and deepen bilateral trade in goods and services, paving the way for an early conclusion of a full CECA (Comprehensive Economic Cooperation Agreement),” said Hon Dan Tehan MP, Australian Minister for Trade, Tourism, and Investment, at AIBX 2021.

“There are significant growth opportunities in the India-Australia relationship in areas like critical minerals, infrastructure, energy, technology, agriculture, education, and space – and it is these sectors we will place particular emphasis on in the Government’s soon-to-be-released update,” he said of Australia’s trade relations with India.

The ‘Indian Economic Strategy 2035’ of the Australian government aims to considerably increase trade and investment with India.

Last year, under the leadership of Prime Ministers Narendra Modi and Scott Morrison, the two nations’ relationship regained momentum. The Australian government is attempting to take advantage of the opportunities through increased bilateral engagement, which includes a meeting of the Prime Ministers of both countries on the sidelines of the Quad Leaders Summit, visits by the Foreign and Defence Ministers to India last month, which included the historic inaugural 2+2 meeting, and a visit by former Prime Minister Tony Abbott to strengthen economic ties.

“The Australian Government’s flagship initiative is entirely targeted at promoting commercial ties and fostering two-way market literacy between Australia and India,” Dan Tehan said of AIBX’s role in helping firms grow on both sides. Because the internet has altered many parts of our lives, including how we do business, AIBX is a digital-first curriculum that provides practical market insights, such as video and textual case studies and sector reports on market and partnership strategies in the present climate.”

The AIBX 2021 Business Executives Forum brought together CEOs and business leaders from both sides to highlight their respective capabilities and enhance partner relationships. “Australia is well-positioned to support India’s ambition to become a major global advanced manufacturing player through our substantial reserves of critical minerals, mineral processing in Australia, and potentially offtake agreements for Australian supply of critical minerals into India that complement India’s own agenda for renewables for the development of electric mobility and such downstream industries,” the Australian Minister concluded.

The conference, which was hosted by Economictimes.com in collaboration with Australia-India Business Exchange (AIBX) 2021, focused on the investment climate in both nations and highlighted problems and possibilities on both sides.