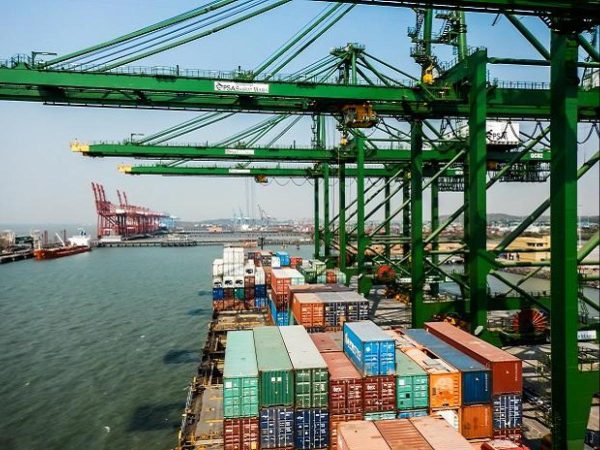 According to disaggregated data available till October, during the first seven months of FY22, exports to Bangladesh grew 81 percent over the same period in the preceding year to $7.7 billion. This makes it India’s fourth-largest export market behind the US, UAE, and China.

If the trend continues, Bangladesh will only better it’s rank in India’s export profile from last year’s 5th position when it surprised analysts by jumping from 9th rank in FY20.

Bangladesh has been an economic miracle in South Asia with its unprecedented transformation over the past decade and may even surpass India in terms of per capita income.

Bangladesh’s growth stems largely from its success as an exporter of garments, which account for around 80 percent of its total exports. Remittances from overseas amount to over 6 percent of GDP.

The major items exported to Bangladesh by India during the April-October 2021 period include cotton ($2.1 billion), cereals ($1.3 billion), electricity and fuel ($0.6 billion), vehicle parts ($0.5 billion), and machinery and mechanical appliances ($0.4 billion).

India and Bangladesh are currently undertaking a joint study on the prospects of entering into a bilateral comprehensive economic partnership agreement (CEPA).

The India-Bangladesh CEO Forum, which was launched in December 2020 to provide policy-level inputs in various areas of trade and investment and facilitate exchanges among business communities, is expected to meet soon to further deepen trade and economic ties.

In a joint statement after the virtual summit between Prime Minister Narendra Modi and his Bangladesh counterpart Sheikh Hasina, both sides emphasized the need to address issues of non-tariff barriers and trade facilitation. They include port restrictions, procedural bottlenecks, and quarantine restrictions.

“The Bangladesh side requested that as India’s export of essential commodities is an important factor influencing its domestic market, any amendments in the

export-import policy of India should be conveyed in advance. The Indian side took note of this request,” the joint statement said.

Bangladesh avoided a recession in FY21, growing at 3.5 percent, unlike India whose economy contracted 7.3 percent during the period. The economy of Bangladesh is expected to grow at 5.5 percent in FY22 and 6.8 percent in FY23, according to the Asian Development Bank (ADB).

This reflects the solid economic advance. Interme­diates for the garment industry rose by 8 percent, while there were double-digit increases in import of other intermediates, consumer products, and capital goods.

“Imports are expected to grow by 5 percent from a high base. As the readymade garments industry continues robust growth, its substantial input requirements will expand. An increase in the volume of import of petroleum and petroleum products is expected, but with a more moderate price adjustment than in FY21. Accelerated implementation of large infrastructure projects and robust real estate development are expected to boost the import of construction, capital equipment, and other materials. Meanwhile, foodgrain imports will fall,” it added.