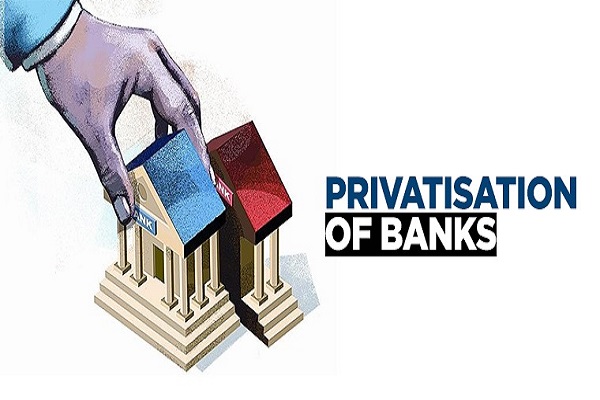 NEW DELHI: Since the part of mega privatization initiative unveiled in the Union Budget in February, the Centre might sell its stake in Central Bank of India and Indian Overseas Bank (IOB)

The government thinks tank NITI Aayog, Bank of India (BoI) has earlier recommended the two banks for disinvestment stating it to be a potential candidate for sale, with familiar sources with the deliberations. It’s a part of a multi-stage process for finalizing entities that are to be taken up for privatization, which is proposed by the government officials, sources said.

Upon recommendations by NITI Aayog, an inter-ministerial group of officers, a group of ministers, have reviewed before the Union Cabinet approves.

Among the dozen state-run lenders, NITI Aayog had set its eyes on the six entities including Maharashtra, Punjab & Sind Bank, and UCO Bank in addition to BoI, IOB, and Central Bank, who weren’t part of the merged drive.

The proposal will be examined with the financial services department and discuss the legislative changes needed for the privatization of the state-run banks, shall be discussed and timeline proposed will be based on the detailed discussion with RBI, the sources added.

The Decks were cleared by the Cabinet recently, for the sale of government stake in IDBI Bank. Since the Narendra Modi administration has embarked on a privatization drive of banks, the sale of the Centre’s holding in the two state-run entities will break new ground. However off entities would attract greater interest, which might consider IOB by Central Bank was their conclusion, based on which, current share price, the two entities are together valued at around Rs 44,000 crore with IOB’s market cap estimated at Rs 31,641 crore.