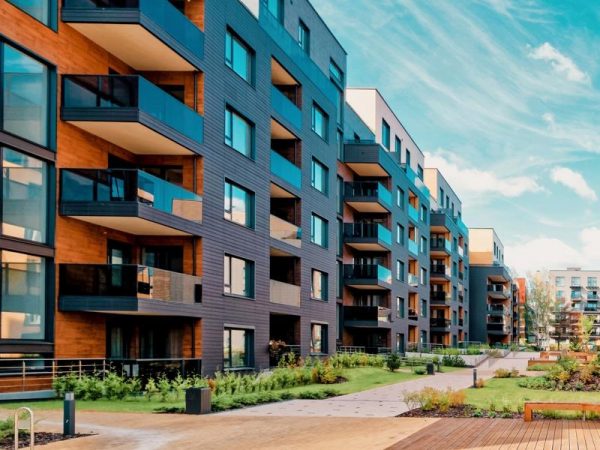 New Delhi: According to NITI Aayog CEO Amitabh Kant, the real estate sector has a multiplier impact on the economy and is predicted to reach a market size of $1 trillion by 2030, accounting for 18-20% of India’s GDP.

Kant said the previous 18 months have been difficult for India and the economy in general, and the real estate sector has not been spared. He was speaking virtually at an event organised by industry association CII.

“However, we see a silver lining because vaccination rates have increased and diseases are gradually decreasing,” he added. The real estate sector and its stakeholders, according to Kant, play a key role in aiding the ‘housing for all initiative of the government.

“In the growth of the economy and the country’s ecology, the real estate industry has a multiplier impact. By 2030, the industry is predicted to have a market worth $1 trillion and contribute 18-20% of the country’s GDP “he stated

Kant went on to say that the Securities and Exchange Board of India (SEBI) has already approved Real Estate Investment Trusts (REITS), which will provide a Rs 1.25-lakh crore potential in the coming years.

“The smart city project, with a goal of building 100 cities, is a great opportunity for real estate firms,” he added, noting that a host of government policies, including monetary and fiscal stimulus, have helped businesses and industries through these challenging times.

According to Kant, in order to leave a greener planet for future generations, the sector must be in line with the stated aims.

“As a worldwide trend toward more sustainable choices takes hold, big corporations are realigning their sustainability roadmaps to accelerate their net-zero ambitions,” he said.

Kant pointed out that home sales are rebounding, boosted by decade-low mortgage rates “Our warehousing and industrial industries have benefited from Make in India and India’s emerging power as a digital economy. Technology will be a major game-changer as we move forward.”