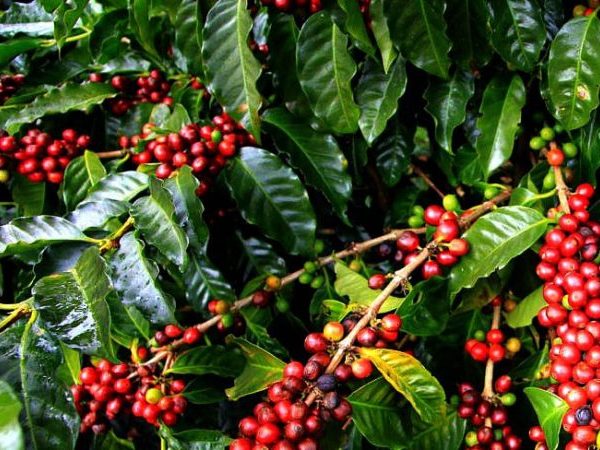 Kohima: The quality of Naga Coffee is among the best and it is the State’s first agriculture product that has been exported for the last few years to the international market, Neiba Kronu told during a meeting of 13 States along with the Union Minister for Agriculture & Farmers’ Welfare, Narendra Singh Tomar on September 7. 2021.

So far about 10,000 hectares (ha) of coffee has been planted and Nagaland is targeting about 30,000 ha by 2030, covering throughout the length and breadth of the State, he said.

Besides, rubber is one of the commercial crops exported to other states, added Kronu, the Minister for Planning & Parliamentary Affairs, Nagaland at the Video Conference meeting with the union minister for Agriculture & Farmers’ Welfare, Narendra Singh Tomar along with 13 other states.

Further highlighting the export of agriculture products from Nagaland, Kronu said that despite the pandemic, the Agri and Allied Departments have had been organizing several meetings and workshops organized in partnership with the Agriculture and Processed Food Products Export Development Authority (APEDA) in Dimapur on March 15, which was attended by the experts from within and outside the State, he informed. Under the umbrella of Nagaland State Agriculture Marketing Board (NSAMB), market channels are opening up for the export of local products to the metro cities under the brand name “Naturally Nagaland,” the Minister said.

For the first time, the Naga King Chilli was exported to London on July 29 this year, and others niche products such as Bamboo-shoot, Pineapple, Kiwi, Cardamom, Ginger, Sweet & Juicy Cucumber; Tree Tomatoes, etc are in the pipeline for export, added.

However, he said that the huge cost of transportation, both inside and outside the State, is a big challenge. Kronu further highlighted various issues and suggestions on the agenda at the meeting.

Accordingly, he requested the Union Government to help the State in creating more agriculture infrastructure in the State through Grants-in-Aid.

The Minister informed that as of August 31, 2021, a total of 2,00,082 farmers from Nagaland has been benefitted from the scheme PM-KISAN and KCC and an amount of Rs. 265.52 crore have been transferred to their accounts.

On oil palm plantation, he said so far it has covered an area of about 4623 ha along with the foothill areas of Mokokchung, Wokha, Mon, Dimapur, Peren, and Longleng and the State Government “is targeting only 15,000 Ha of wastelands for oil palm cultivation.”