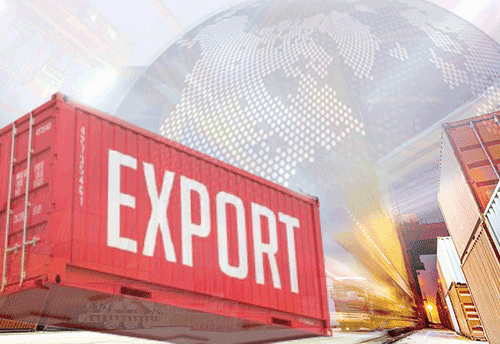 Gangtok: The department of Commerce under the Ministry of Commerce & Industry is organising Vanijya Saptah from September 20 to 26 across the country to commemorate the 75th anniversary of Indian Independence by holding various events to showcase the potential of the exporters and manufacturers during this week.

As part of the Vanijya a Saptah, State Commerce & Industries department in association with DGFT and  Spices Board is organising Utsav Exporters Conclave at State level on September 21 at Directorate of Handicrafts and Handloom (DHH), Zero Point, Gangtok with the theme of ‘Showcasing India as a Rising Economic Force focussing on Sikkim state’, informs a press release.

An exhibition having 20 stalls with the participation of various sectors viz. agriculture, spices, food processing, dairy, handicrafts, handloom, tourism, and pharmaceutical will be held at Directorate of Handicrafts and Handloom followed by interaction with various stakeholders.

State Commerce & Industries minister Bedu Singh Panth will inaugurate the exhibition and distribute assistance under a large cardamom replanting scheme implemented by Spices Board in Sikkim to the farmers.

A panel discussion will be held on September 22 at the conference hall of the Udyog Bhawan, Upper Tadong with the participation of various State and Central government departments and agencies, entrepreneurs, etc. The events aim to bring together all the relevant stakeholders under a single platform by highlighting the progress made in exports/ manufacturing from the State, promoting products with export potential from the State, holding panel discussions to identify issues faced by exporters in the State and focus on strategies to improve export scenarios from the State.

The exporters’ conclave at the primary district level will be held at Tourism department conference hall, at 5th Mile, Gangtok on September 24, and exporters conclave at the district level will be held in West, North, and South districts September 25 and 26, showcasing the district as export hubs by displaying products/services in the stalls from the districts with export potential focussing on export promotion, manufacturing, investment, employment generation through export growth.

Concerned district industries center in consultation with State Commerce & Industries Department, DGFT, Spices Board and district administration will organise the district level conclave in the respective district headquarters for the benefit of existing and prospective entrepreneurs /exporters, the release mentions.