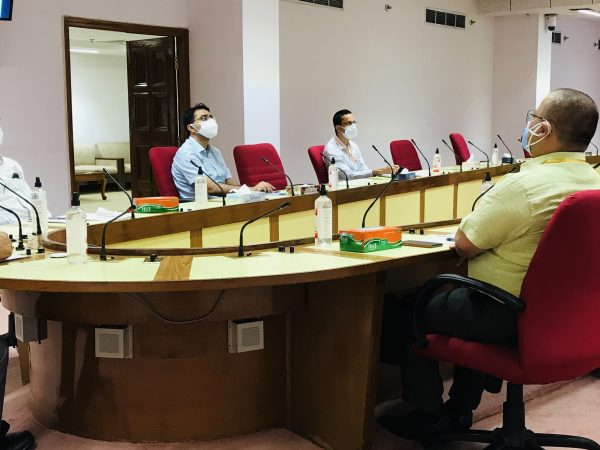 ISRO (Indian Space Research Organisation) from now on will start assisting development projects in the Northeast through Space Technology and will contribute by offering optimum utilization of Satellite Imaging and other Space Technology applications for better accomplishment of infrastructural projects in all the eight states of the North Eastern Region. This statement was made today by Dr. Jitendra Singh, the Union Minister of State (Independent Charge) Development of North Eastern Region (DoNER), MoS PMO, Personnel, Public Grievances, Pensions, Atomic Energy, and Space.

A high-level meeting of the Ministry of Development of North Eastern Region (DoNER) and ISRO scientists was chaired with senior officials, stating that six out of the eight States of Northeast have already sent their specific proposals for execution by ISRO, while the remaining two States of Sikkim and Assam will send their proposals soon.

67 projects at 221 sites in all the 8 States funded by MDoNER/NEC is been monitored and geo-tagged by ISRO. An institutionalized involvement of ISRO in mapping and sharing of data for developmental projects is one of its kind and can be the model for other states too.

In the last seven years of the Modi Government, ISRO no longer remains confined to satellite launching, it has been expanding developmental activities, contributing to Prime Minister Narendra Modi’s mission of “Transforming India”.

A large number of proposals have come up from North-Eastern states at NESAC Shillong, consisting of discussions concerning the feasibility and desirability of all such projects which are likely to be funded jointly by respective States and NESAC.

The meeting was held during the Shillong visit of Union Home Minister Shri Amit Shah with the North Eastern Space Applications Centre (NESAC) society in January this year, where to be taken major projects were flagged.

For further review progress of the projects, Minister will visit the place again by July month.