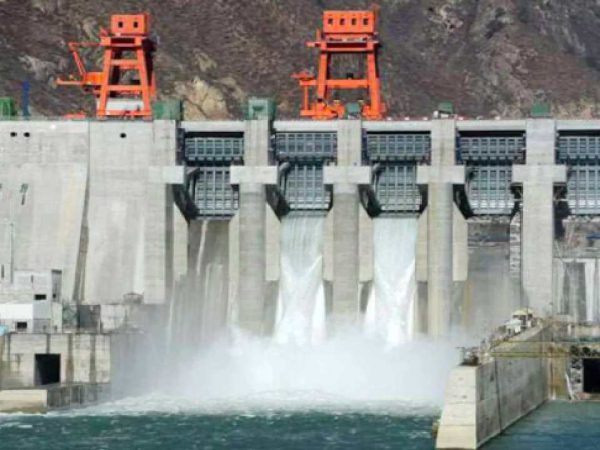 Hurdles have been cleared for starting work on the Dibang hydel project in Arunachal Pradesh which is the biggest hydel project of the country.

While work is expected to start on Dibang, construction activities in the 2000 MW Lower Subansiri on the Assam- Arunachal Pradesh border is at a feverish activity and the project is expected to be commissioned sooner or later.

Arunachal Pradesh chief minister Pema Khandu said due to active intervention of the Centre, work on the 2,000 MW Subansiri Lower, is progressing rapidly while work on the 2880 MW Dibang project is expected to commence soon.

Work in the Subansiri hydel project started in 2006 but the work remained stalled between 2011-2019 mainly due to strong opposition by the student organisations in Lakhimpur and Dhemaji districts. Local residents demand that the project be scrapped as it may cause massive devastation in the downstream areas in case of disaster.

Both the projects are being implemented by NHPC.

Khandu said work on 2,880 MW Dibang project which is the largest hydel project in the country will also commence very soon. “I take this opportunity to thank the people of Dibang Valley District and Lower Dibang Valley District for resolving the long pending land acquisition matter for this project which has paved the way for an investment of Rs 30,000-40,000 Cr in this area” he said in his Independence Day speech.

The project has received the final forest clearance allowing diversion of 4577.84 hectares( originally proposed 5056.5 hectares. The project is proposed for the Dibang river in Lower Dibang valley district.

He said Arunachal has about 40 percent of India’s total hydropower potential and concerted efforts are being made to convert that potential into generation and supply. “In addition to Pare and Ranganadi, Hydro power projects, namely, Pare, Dikshi, and Kameng have been successfully commissioned through partnerships between private sector players and central power sector undertakings” he said.

Though Arunachal has a huge hydel power capacity, very little has been utilised. Several hydel projects are languishing due to difficulty in getting clearances, local disturbances and other issues.

Khandu said during the pandemic months, the government commissioned the 24 MW Dikshi hydro project and the 600 MW Kameng project. “Out of the total installed capacity of power generation 1,139 MW, we added 734 MW during the last 6 years” he informed.

The micro-hydel projects constructed by the State government are also contributing immensely in reducing the greenhouse gas emissions. “For the 2014 to 2021 period, the State has generated 2.43 lakh Carbon Offset Units (COUs), thereby indicating that in the last six years, we have reduced 2.43 lakh tons of greenhouse gas emissions by producing power through eco-friendly micro-hydel projects,” he said.

He informed that work on the 132 KV Transmission line creating a backbone infrastructure executed by POWERGRID is progressing well.

He said the government is working with the Government of India to realize the Hydrocarbon Vision 2030 for North East by facilitating Exploration and Production Activities in the State.

“We have granted 2 Petroleum Mining Leases and 13 Petroleum Exploration Licenses for the Exploration and Production of Hydrocarbon resources of the State” he said.

“Itanagar will be connected to the gas grid through the North East Gas Grid (NEGG) project shortly. This will facilitate supply of LPG through pipeline in every household and will be a major step forward towards Ease of Living” he informed.