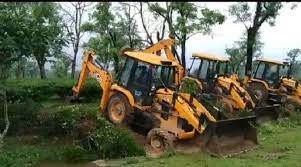 Guwahati: The management of the Doloo tea estate in Assam’s Cachar district has announced a total lockout in the tea garden beginning Tuesday.

The estate is in the news because the district administration uprooted around three million tea bushes and thousands of shade trees in order to build a greenfield airport.

The tea garden’s closure was announced in an order issued by Supriya Sikdar, the tea estate’s deputy manager.

The lockout will keep approximately 1,500 permanent workers and 1,000 temporary workers out of work indefinitely.

According to the order, the tea garden was closed because it was discovered that a large number of tea garden workers were regularly disobeying the garden management’s lawful daily deployment order. They were acting of their own free will, which resulted in complete lawlessness in the garden.

“Due to complete lawlessness and tardiness in reporting at work by the workers, plucking rounds could not be maintained, causing the management of the Doloo Tea Estate to suffer irreparable loss in terms of quantity and quality of tea produced,” the notice stated.

Furthermore, the management stated that “hereby the management declares a lockout of all the operations of the garden with immediate effect except emergency services such as hospital, watch & ward, security, water supply, and electricity” because it had become absolutely impossible to run and manage the garden meaningfully.

According to the notice, employees will not be entitled to any wages, rations, or other related benefits during the lockout period.