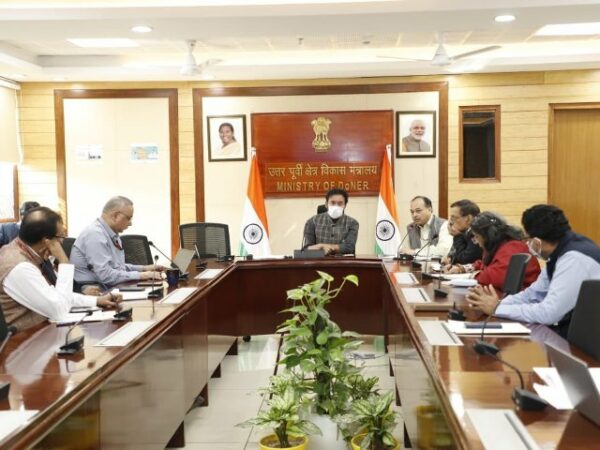 The Ministry of Development of North Eastern Region (MDoNER) took the decision of forming ‘Field Technical Support Units (FTSUs)’ who works as a bridge and communication facilitator between State Governments and MDoNER for the progress on Schemes and initiatives in NER.

They have been stationed in the respective State Headquarters in the Northeast since last two months.
Each state FTSU has one State coordinator and two Project associates.

Reddy virtually interacted with all the FTSUs stationed in the region and listened to their experiences in the past twomonths.

The Secretary of the MDoNER and other Senior Officers of the Ministry were also present in the meeting.

Reddy sought their suggestions and feedback with regard to fast tracking of ongoing projects related to Connectivity, Tourism, Healthcare, Education etc. in all the eight states of the region.

Reddy believed that FTSUs would prove to be a catalyst in the development of Northeast India.

He also reviewed various Schemes/Projects of MDoNER with Secretary, MDoNER and other Senior Officers of the Ministry.