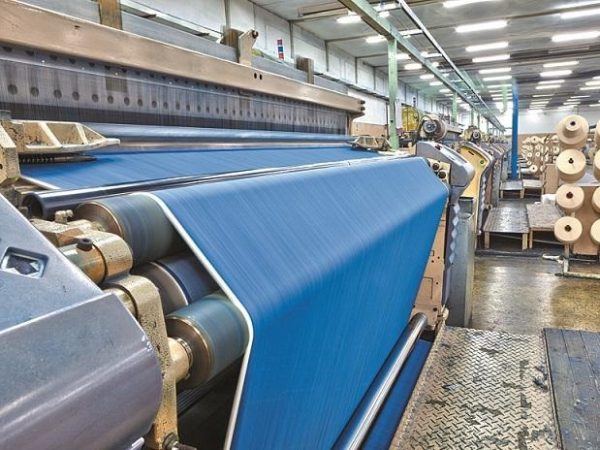 New Delhi: Taking advantage of pandemic-related lifestyle changes Indian home textile exporters are expected to have a strong year in FY22, thanks to improved cleanliness awareness and the predominance of stay-at-home choices, according to a report released on Tuesday by rating agency Icra.

These reasons, according to Icra, have fueled a strong increase in demand for home renovation items over the last year, and demand momentum is projected to continue in Q2-Q4 FY2022, following the trend of the previous three quarters. ICRA’s sample group of firms (which includes four big, publicly traded companies that account for 35-40 % of India’s home textile exports) is expected to expand by 20-25 % in FY2022. This follows the sample’s 5 % revenue increase in FY2021, which was largely attributable to a 40% Y-o-Y drop in performance in Q1 FY2021; the sample grew by 25% Y-o-Y for the remainder of the year. The sample had also reported an 18 % Y-o-Y drop in operational revenue in Q4 FY2020, as the pandemic had begun to damage the major export nations. Despite this, Indian home textile exporters are expected to have recorded a strong increase of 15-20 % in the nine months ending March 2021, even after correcting the base for the same.

“For the previous three quarters, sales for the sample set have averaged 25-40% higher than the 3-year average for the pre-Covid period,” stated Ms. Pavethra Ponniah, Senior Vice President & Co-Group Head, Corporate Sector Ratings, ICRA. Home textile exports were one of the first textile categories to rebound from the pandemic’s effects last fiscal year, with firms reporting Y-o-Y growth as early as Q2 FY2021 and three straight quarters of double-digit increase after that. The largest market, the United States, has fuelled export demand, accounting for 60% of India’s domestic textile exports. Exports to the US grew by 14% in FY2021, compared to a 9% growth in India’s home textile product exports of US$5.7 billion in FY2021, while exports to the other main markets of the UK and the EU declined Y-o-Y during the year. Aside from the faster opening up, the distribution mechanism for these items is partially to blame for the surge in shipments to the US, with a significant portion accounted for by the major departmental chains that stayed open even throughout the lockdown phase.”

Furthermore, the solid order book position of Indian home textile exporters reflects predictions of high holiday demand this year, underpinned by favorable vaccine coverage across major markets. According to ICRA’s channel inspections, the bigger exporters have a healthy order backlog and are more likely to rely on job-work/outsourcing to meet delivery obligations in the coming quarters.

In terms of financial performance, the firms in the sample reported better-operating margins in FY2021, thanks to greater economies of scale and lower input costs. While the benefits of operating leverage are expected to continue in FY2022, with a high sales turnover expected, cost pressures have increased. Cotton yarn, a crucial raw material used in the production of made-ups, has been selling at approximately 40% to 50% higher levels year over year. Nonetheless, the rating agency anticipates operating efficiency and re-negotiation of product prices to enable firms to retain solid profitability despite further cost pressures.

Many participants, particularly the bigger ones, did not factor in export incentive advantages in Q4 FY2021 or factored them in at reduced rates for the quarter given the absence of clarity on the new export incentive system, according to ICRA’s sample. Companies recognized their export incentives for the previous quarter in Q1 FY2022, reporting a 500-600 bps boost in operating profits to 21.9% on a sequential basis, up from 16.1% in Q4 FY2021. Adjusted for this, operating margins in Q1 FY2022 was still good at 17.6% (Q4 FY2021: 20.6%), but lower than the previous quarter due to the impact of increasing raw material prices. Clarity on the programme has provided much-needed comfort to Indian exporters of made-ups and home textiles, as it would allow them to price their products efficiently without fear of retroactive adjustments.

“Going forward, while the opening up of economies will lead to some moderation in demand with increased household budgets allocated to alternate discretionary uses such as travel and dining out, greater prevalence of work-from-home vis-à-vis pre-Covid times is likely to sustain demand for home textile products,” says Ms. Nidhi Marwaha, Vice President & Sector Head, Corporate Sector Ratings, ICRA. Furthermore, greater hotel occupancy is likely to assist a rebound in institutional demand, which has been sluggish in previous quarters.”