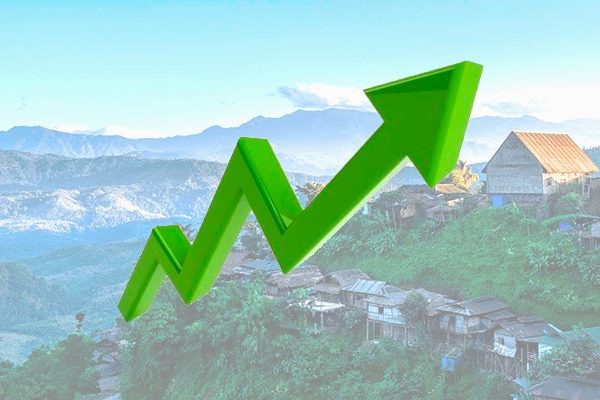 Dimapur: Development of North Eastern Region (DONER) Ministry to sanction funds for various proposals put up with the Northeast Council (NEC) and the Department of Economic Affairs.

A meeting was held to identify the state-specific needs and identify issues with the central schemes in the region, Patton stated that through various infrastructural development programmes, economic integration through tax reforms, digital and IT programmes, and the Act East Policy, the agriculture and allied sector in the NER is going through a great makeover. However, its potential is yet to be fully explored and realized, he noted.

Amid the pandemic, it was notable that the Nagaland Government’s focus was on self-reliance, re-skilling, and employment generation, for which the government had submitted an economic road map of 23 projects amounting to Rs 83 crore. Out of this, 12 projects with an amount of Rs 31 crore have been approved by NEC and Rs 68 crore project proposal to the Agriculture Ministry for Naga Model Integrated Settled Farming is awaiting approval.

Another important proposal for external funding under the nomenclature of ELEMENT (Enhancing Landscape and Ecosystem Management Project) for a total project cost of Rs 646 crore has been approved by the Department of Economic Affairs. The project has been prepared in consultation with all stakeholders including renowned NGOs like TATA Trust, he said while requesting the DONER minister to help the state get the project sanctioned at an early date.

Also, the Dy CM gave an update on the action plan for the development of Oil Palm in Nagaland under the National Mission on Edible Oil – Oil Palm (NMEO-OP) and informed that a new target to cover 15,000 hectares of plantation area has been renegotiated. Along with this, Patton informed that the Nagaland Bamboo Development Agency has come up with a Five-Year Plan 2020 2025, which contains policies, guidelines, and activities during different phases to increase the productivity of raw materials as well as its end products.

Further, Patton stated that Nagaland is ‘organic by default and so far, under MOVCD-NER, it has covered 13,000 ha Organic Certified areas benefiting 13,647 farmers in 24 villages. Another 1,000 ha will be covered in phase 2, he added.

On the drought situation in the state, Patton further stated that agriculture activities have been adversely affected amid pandemic and has asked the help of the DoNER Ministry for further assistance.