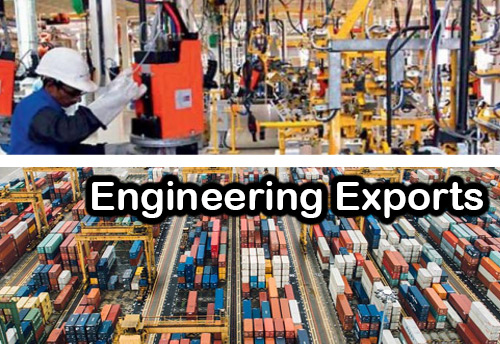 New Delhi: To boost engineering exports EEPC India has decided to go deep in tier-II and III cities to encourage firms in the smaller towns to join the global value chain and production networks, a senior official said on Saturday. Engineering Export Promotion Council of India (EEPC India) has been carrying out several capacity-building programmes and adding more and more engineering firms to onboard the export bandwagon.

Currently, engineering accounts for over 25 percent of the country’s export basket.

“Our strategy is to create more engineering exporters by moving into smaller towns all over the country through the opening of EEPC India chapters,” EEPC chairman Mahesh Desai said.

“Our objective is to move up the ladder and be a part of the global value chain and production networks, particularly, in light of the renewed thrust by the government to sign free trade agreements (FTAS). It is understood that India is in touch with few more countries other than Australia, UK, the EU, and UAE to have FTAS. The developments are quite heartening.” Desai said.

“We are collecting the problems faced by our exporters and other engineering companies and taking up with the appropriate authorities, including Commerce Ministry, DGFT, CBIC, BIS, Ministry of Steel, and Ministry of MSME among others,” he said.

“Annualising this means that engineering goods exports will be around USD 105 billion in 2021-22 and close to the target set for engineering,” Desai said.