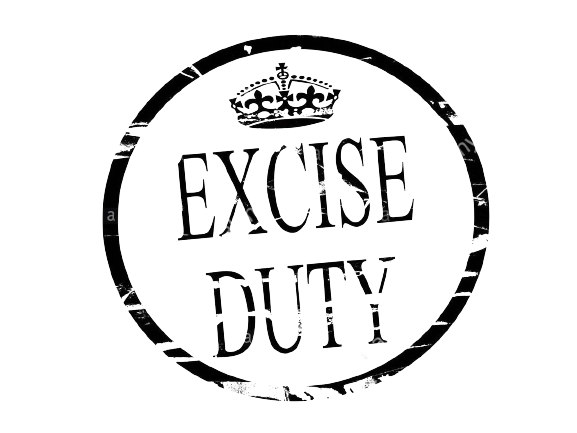 New Delhi: The government’s collection from levy of excise duty on petroleum products has risen 33 percent in the first six months of the current fiscal when compared with last year and is 79 percent more than pre-COVID levels, official data showed.

Data available from the Controller General of Accounts (CGA) in the Union Ministry of Finance showed excise duty collections during April-Septem- ber 2021 surging to over Rs 1.71-lakh crore, from Rs 1.28- lakh crore mop-up in the same period of the previous fiscal.

Thanks to a steep hike in excise duty rates, the collection is 79 percent more than Rs 95,930-crore mop-up in April-September 2019.

The incremental collection of Rs 42,931 crore in the first six months of the fiscal year 2021-22 (April 2021 to March 2022) is four times the Rs 10,000-crore liability that the government has in the full year. towards repayment of oil bonds that were issued by the previous Congress-led UPA government to subsidize fuel.

The bulk of excise duty collection is from the levy on petrol and diesel and with sales picking up with a rebounding economy, the incremental collections in the cur over Rs 1-lakh crore when compared with the previous year, industry sources said.

In all, the UPA government had issued Rs 1.34-lakh-crore worth of bonds (equivalent to a sovereign commitment to pay in the future) to state-owned. oil companies to compensate them for selling fuel such as cooking gas LPG, kerosene, and diesel at rates below cost. Of this, Rs 10,000 crore is due to be repaid in the current fiscal, according to the Finance Ministry.

First, Finance Minister Nirmala Sitharaman and then Oil Minister Hardeep Singh Puri had blamed the oil bonds for limiting fiscal space to give relief to people from fuel prices trading at all-time high levels. The bulk of the excise collections come from petrol and diesel on which the Modi government had levied record taxes last year.

Excise duty on petrol was hiked from Rs 19.98 per litre to Rs 32.9 last year to recoup gain arising from international oil prices plunging to multi-year low as pandemic gulped demand. On diesel, the duty is hiked to Rs 31.80.

While international prices have since recovered to $85 and demand returned, excise duty has remained at the same level. This has resulted in petrol price soaring above Rs 100-a-litre mark in all major cities and diesel crossing that level in more than one-and-a half dozen States.