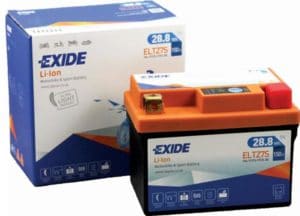 Kolkata: Exide Industries, the world’s largest storage battery manufacturer, is planning to build India’s first lithium-ion battery cell manufacturing plant, known as the Advance Cell Chemistry Project or ACC.
It may search for a JV for the facility and make a final decision when the Central government rolls out the fine print of the production-linked incentive (PLI) programme. Exide MD Subir Chakraborty revealed this during the company’s AGM.
This would be in addition to the Exide Leclanche Energy lithium-ion battery factory that the firm built in Gujarat in partnership with Leclanche. However, the present plant is more of an assembly unit than a manufacturer of lithium-ion batteries. The Gujarat project has so far cost the firm Rs 232 crore.

The Centre had already authorized an Rs 18,100 crore PLI plan for the construction of Tesla-style Giga battery facilities. According to the government, the goal is to build a 50-gigawatt-hour (GWh) production capacity for advanced chemical cell batteries by soliciting investments of Rs 45,000 crore. One gigawatt-hour (GWh) of battery capacity is enough to power one million households for an hour and 30,000 electric automobiles.

“We will make a decision on the lithium-ion cell unit before the end of this fiscal year,” the Exide MD stated. He hasn’t ruled out the prospect of creating a joint venture with a foreign partner with technological expertise, and have stated that such initiatives demand a significant amount of funding. “As a rough estimate, such a facility would cost $100 million each gigawatt-hour. We may claim that 1 GwH is not a viable enterprise so that the investment can be understood,” he continued.

Exide’s MD went on to say that in the future years, the export component will steadily take up a larger share of the revenue. It now accounts for 8% of total turnover. Exide currently exports to 50 countries, including the UAE and the rest of Southeast Asia, Europe, and the United States, according to Chakraborty. He also stated that Exide has been debt-free for the past ten years and will continue to be so.