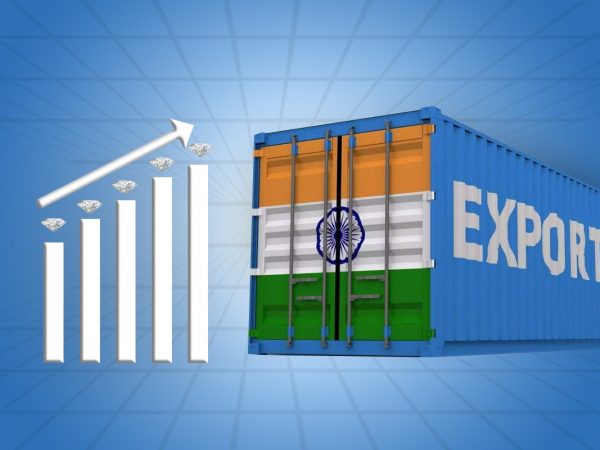 But a report has stated that a total of 80 products accounted for half of the exports value in August 2021.

According to the SBI Ecowrap report, diamond has turned out to be India’s largest exporting item.

The report stated that diamond exports accounted for the largest share among all 80 items at 6% followed by diesel fuel at 5%.

Overall, the 80 products belong to Petroleum and Energy, Gems and Jewellery, Agri, Fishery, Meat and Allied, Chemicals and, Pharma, Metals, and Transport Equipment including the auto, ships, rail, and airplanes categories, respectively.

Also, components like aluminum and ships, boats, and floating structures exports have grown rapidly and are now part of the top exports. Besides, products like furniture, parts of aircraft and spacecraft, and zinc have also become part of the top 50% of exports.

Since Gems and Jewellery and petroleum products have been the prominent components in India’s core export, the report said this would lead to volatility.

“The core exports base has remained static with Gems and Jewellery and petroleum products being the most prominent components. Both have inherent volatility and this subjects India’s overall exports to overall volatility,” the report said.

To offset the volatility, India needs to increase the share of Engineering Products, Electronics, Drugs, and Pharmaceuticals, as per the report.

One high-value area where India is building its export capacity is the electronics item, which is displaying growth of more than 15% when compared to Q1 FY20, it added.