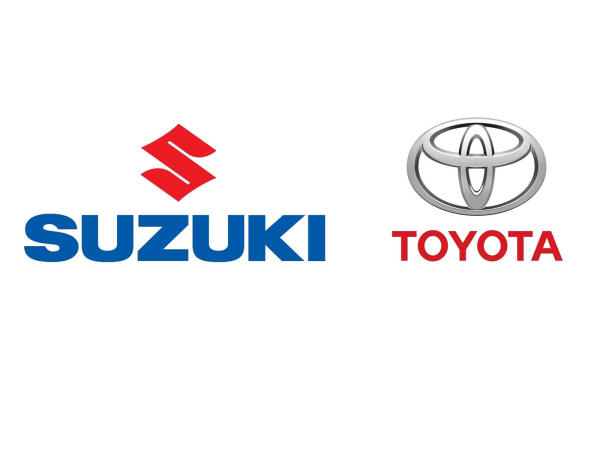 Guwahati: Toyota and Suzuki, two Japanese automakers, have announced that they will begin production of their first hybrid vehicles in India in August.

According to a joint statement, the two companies will collaborate on a new project that will see Toyota Kirloskar Motor (TKM) begin production of a new SUV in August of this year.

Suzuki’s Indian subsidiary, Maruti Suzuki India Ltd, and TKM, the new vehicle will be sold in India under the Suzuki and Toyota brand names. Furthermore, the two companies intend to expand the new concept to markets other than India, such as Africa.

The collaboration leverages Toyota’s strength in electrification and Suzuki’s strength in compact vehicles for joint production and the widespread adoption of EVs.

Toyota’s president, Akio Toyoda, stated that the company is excited to launch the new SUV alongside Suzuki, a company with a “long history of local involvement in the Indian business.”

He claimed that today’s problems for the automotive sector include electrification and carbon neutrality and that they hope to contribute to the reduction of CO2 emissions while also providing more options to Indian customers.

Toyota and Suzuki anticipate that by combining their respective capabilities through this partnership, they will be able to provide customers with a diverse range of vehicle electrification technologies, as well as contribute to India’s rapid electrification and achievement of a carbon-neutral society.

The two major automakers also stated that they would remain committed to the realisation of the Indian government’s “Make in India” initiative. They intend to contribute to long-term economic growth and the achievement of net-zero greenhouse gas emissions by 2070, including investment in expanding their partnership in India.

Toyota and Suzuki previously signed a memorandum of understanding in 2017 to form a business partnership.