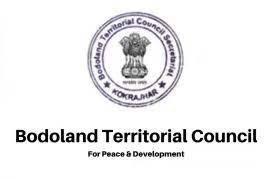 Assam: The scheme-wise details of funds released by the Ministry of Development of North Eastern Region (DoNER) to the Government of Assam during the last five years are as under:

Funds in respect of the sanctioned projects are released as per requisite documents including Utilisation Certificates, physical and financial progress, etc. are received from the State Government as per the Scheme guidelines.

This information was given by The Minister for Development of North East Region Shri. G. Kishan Reddy in writing during the Lok Sabha on 11th August 2021.