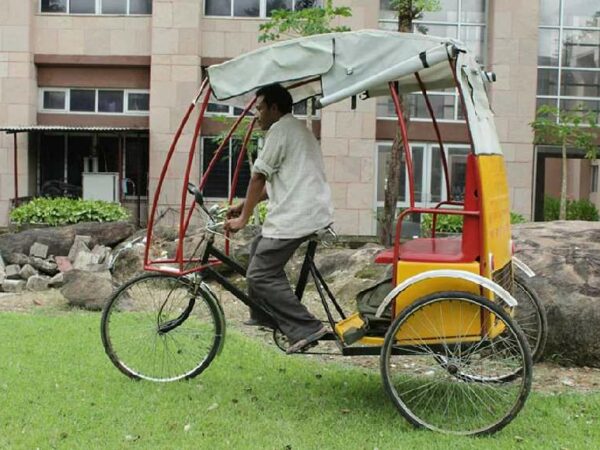 The Guwahati Municipal Corporation (GMC) is most likely to ban motorised cycle rickshaws in the first week of December.

The authorities of GMC claimed that motor-fitted rickshaws are more prone to accidents and that they have received several complaints regarding the rickshaws. This have supplanted manually pulled rickshaws.

On the other hand, commuters feel that motorized rickshaws are better than manually pulled rickshaws as they reduce travelling time and also minimized labour needed to pull them. They hold that even
e-rickshaws are not properly regulated by authorities.

It is to be noted that motor-fitted rickshaws have a dynamo, a motor and a battery at the back which differentiates it from the manually pulling rickshaws.

According to a report by Times of India, Mayor Mrigen Sarania said, “We are going to issue a notification by the first week of December. These are all Chinese-made motors. No permission was granted by the authority concerned to the owners of the rickshaws or the rickshaw pullers for running such vehicles. A cycle rickshaw falls under the category of slow moving vehicles, hence they will have to abide by the guidelines.”