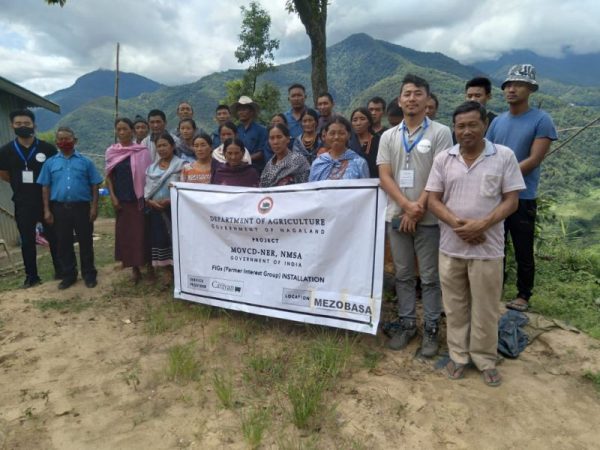 Under this phase – III program, around 10,300 farmers are covering the entire state, while the 7 Nagaland districts including Dimapur, Kohima, Mokokchung, Zunheboto, Mon, Longleng, and Tuensang will be covered by Green Caravan along with the 100 villages, informed the Chairman of Green Caravan, Richard Belho and added that high-value crops like ginger, potato, Green chili, etc are selected for commercial purpose.

It was informed that 16 villages will be covered under MOVCD-NER Phase- III in Kohima district. Jakhama Village was the first one to be included with 50 beneficiaries present. The lead farmer of the Jakhama village, Deizenuo Viswentso asserted the farmers to follow the practice of organic farming and informed the equipment requirements for easier crop management along with the issues during ginger cultivation. The village has received the first installment of the Direct Benefit Transfer (DBT).

An assessment program was conducted in Jakhama village to access the cultivation progress. And the program concluded after the Project Associates of The Green Caravan, Manen Ozukum and Thejaseti Terhujah highlighted the beneficiaries on the aspect of the MOVCD-NER program and divided them into three FIG groups.

The Kigwema Village was included in the second position under MOVCD-NER program where the project associate, Manen Ozukum chaired the installation started with an invocation from their lead farmer. Also, the third and fourth villages, Mezo Basa and Jotsoma were covered where the same processes were repeated. The Mission Organic Value Chain Development for North-Eastern Region (MOVCDNER)  was earlier called a scheme initiated by PM Narendra Modi for the development of commercial organic farming in the North East region during 2015.