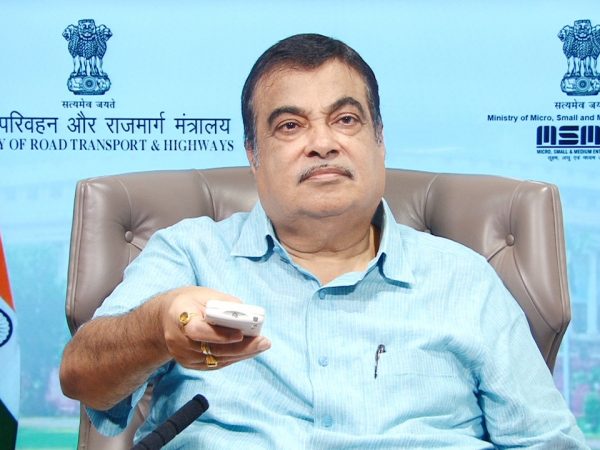 New Delhi: To increase the exports and imports in the Indian way, “Atmanirbhar Bharat” was introduced, said Shri Nitin Gadkari, the Minister for Road Transport & Highways and Micro, Small and Medium Enterprises.

During the Rotary District Conference 2020-21 (DISCON’21) on ‘Vision India’, under the tenure of PM of India, the government is expected to become a five trillion-dollar economy in next five years and with the philosophy of ‘Sabka Saath, Sabka Vikas’ and proactive initiatives, the nation will boost economically with a rise in employment.

But with the flexible and time-bound making process, the initiative will prosper and become stronger, besides, MSME sector has set a target to create five crore more jobs in next five years, stated Gadkari.

The minister, moreover has proposed the use of ethanol and bio-fuel as the cheaper and better option of petrol and diesel, which is has surplus rice, corn, sugar and wheat and since this diversification of agricultural goods for power and energy will boost the sells with good price for yields, raising the organic farming allowing the nation to export agro products across the world.

Government is working towards doubling the farmers’ income, boosting Make in India, upgrading science & technology and innovation and facilitating ease of doing business, and within 8 to 10 days,  automobile industry will be made mandate to make flex engines, the choice remains with consumer whether he wants 100% petrol or 100% ethanol / bio-fuel. But, ethanol is a better fuel than petrol as it is import substitute, cost effective, pollution-free and indigenous.

Shri Gadkari said that MSME sector has set a target to create five crores more jobs in next five years.