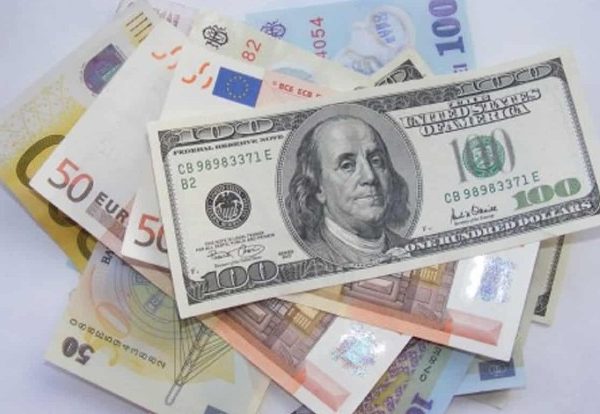 New Delhi: According to a recent analysis released on Wednesday, Indians spent over Rs 263 billion on foreign exchange costs in 2020, with around Rs 97 billion disguised as exchange rate markups on currency conversions, payments, and card purchases, and the remaining Rs 166 billion spent on transaction fees.
The study, conducted by global technology firm Wise and independent economic research consultancy Capital Economics, also indicated that the yearly amount Indians wasted in fees and currency rate markups climbed from Rs 187 billion to Rs 263 billion between 2016 and 2020.
While the total amount spent by Indians on transaction fees for transferring money overseas has declined over the last five years, the costs paid to exchange rate margins have increased.
According to the research, this demonstrates a lack of transparency in remittance charge structures, placing customers at risk of hidden expenses as they inadvertently pay more than promised for the remittance service in the form of a marked-up exchange rate.
“The research reveals a significant lack of openness in foreign exchange transactions since, for far too long, customers have been duped into paying excessive charges for overseas transactions when suppliers hide fees in exchange rate markups,” said Rashmi Satpute, Country Manager, Wise India.
“While technology and the internet have alleviated some of the issues associated with the convenience and speed of foreign funds transfers, the age-old practice of hiding fees in the exchange rate results in people spending too much on hidden foreign currency fees—money that should rightfully remain in their pockets,” Satpute added.
Consumers who move money into India from other countries are not protected against hidden surcharges.
Money lost to exchange rate margins on inward remittances has increased from Rs 42 billion to Rs 79 billion over the last five years. Meanwhile, transaction cost fees have increased from Rs 102 billion in 2016 to Rs 140 billion in 2020.
People in Gulf nations, where the majority of people work in blue-collar professions to support their relatives back home in India, pay a considerable amount of these fees on remittances to India.

According to the survey, Indian travellers paid Rs 42 billion in foreign exchange costs prior to the epidemic in 2019, with Rs 24 billion in exchange rate markups undisclosed.
Wise is used by over 11 million people and organisations and handles over 5 billion pounds in cross-border transactions every month, saving clients over 1 billion pounds per year.