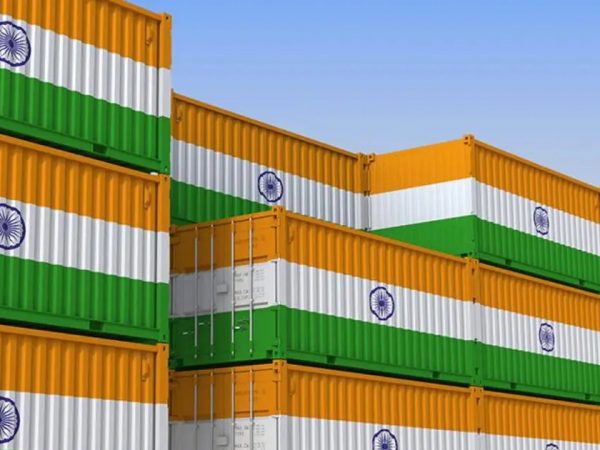 New Delhi: According to provisional statistics from the commerce ministry, India’s exports increased 45.17 percent to USD 33.14 billion in August, owing to strong development in categories such as engineering, petroleum products, gems and jewellery, and chemicals, despite the trade deficit widening to USD 13.87 billion.

Imports increased by 81.75 percent to USD 219.54 billion in the first half of the current fiscal year.

Piyush Goyal, Minister of Commerce and Industry, tweeted: “India is on track to meet its objective of USD 400 billion in goods exports for the current fiscal year. In August 2021, goods shipments increased by 45 percent over the same time the previous year. Local firms will benefit greatly in conquering global markets.”

The figures, according to Commerce Secretary B V R Subrahmanyam, show strong growth.

“I am extremely optimistic about meeting the fiscal year’s export target of $400 billion. He told reporters that the increase will be “substantial.”

When asked about the container scarcity concerns voiced by exporters, he expressed optimism that the situation will be resolved in the next 3-4 days.

“There is a container issue all over the world, and it exists here as well. Yesterday, the Cabinet Secretary conducted a meeting on the subject. The cost of a container has increased by 300-500 percent.

“A meeting was also conducted today at the shipping ministry. We’re doing certain things, and I’m optimistic that some answers will emerge in the next 3-4 days,” the secretary added.

Next week, Goyal will host a meeting with several ministries to discuss the issue, since it requires the attention of ministries such as railroads and shipping.

The problem may be solved in two ways: short-term and long-term, according to the secretary, with the long-term option including increased container manufacturing.

S C Ralhan, President of the Hand Tools Association, proposed that the government urge shipping lines to bring 1 lakh containers into India since growing prices would harm the country’s exports.

“Due to COVID-related limitations, the Chinese and Los Angeles ports are very congested. Our cost competitiveness is being harmed by high rates “Increasing shipping freights, according to Ralhan, are also affecting shipments.

S K Saraf, the former president of the Federation of Indian Export Organisations (FIEO), agreed that the container scarcity and pricing problem will have an impact on exports and that the government should move quickly to fix the situation.

“Government-owned container facilities that have been idle should reopen, as they can produce 20,000-25,000 containers each month. Overall container manufacturing must be boosted as well “Saraf said.

“Continuous growth in exports has been fueled by a steady rebound in global trade, as well as the anticipation of a robust order booking position in the next months,” he said.