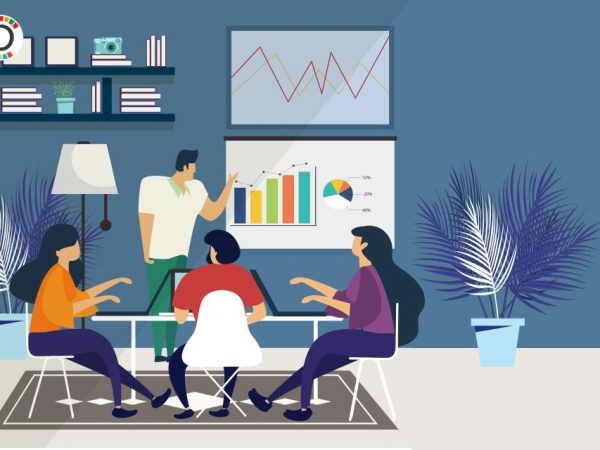 According to a Bloomberg article, India surpassed China in VC financing for the first time since 2013. According to the study, Indian companies raised over $8 billion in July, while Chinese businesses received around $5 billion in investment.

Indian technology businesses are experiencing a huge increase in investment, according to venture capital firms, as global investors reconsider their China strategy and tighten their emphasis on India, which has historically lagged behind the dragon in terms of attracting cash.

According to analytics firm GlobalData, Indian entrepreneurs raised a record $17 billion from January to July 2021, up from roughly $12 billion in the whole year 2020 and $14 billion in 2019.
“Up until this point, India has been behind China. India’s tech fundamentals seem robust while Chinese tech and foreign investors deal with the increasing government and regulatory crackdown. B2C (business-to-consumer) and B2B (business-to-business) industries are maturing. The rate of growth and wealth generation has quickened. India is rapidly ticking the appropriate boxes for IT investments for global investors, according to Sameer Nath, the managing partner at Mumbai-based VC firm TrueScale Capital.

Investors are also keeping an eye on liquidity, according to Nath. “The climate for IPO and M&A exits has never been this strong,” said Nath, who is also the co-founder of venture capital company Iron Pillar.

According to CB Insights statistics, Chinese entrepreneurs raised over $49 billion in the first six months of 2021, although investment has slowed since the December quarter of 2020.
From a high of $27.7 billion in Q4 2020, Chinese startup financing fell 18% to $22.8 billion in Q2 2021, while India funding increased 62 percent to $6.3 billion from $3.9 billion over the same time.

According to startup investors, another reason India stands to profit is the country’s tech talent, public tech infrastructure, and market size.

“Investors have been caught off guard by a series of unexpected crackdowns in China’s internet-first tech industry. One of the conditions for long-term, illiquid investments is a stable and reasonable regulatory environment. As a result, it’s not unexpected that investors are rethinking their China approach. “Any money flows away from China might assist India,” said Surya Mantha, a senior partner at Bengaluru- and Seattle-based venture capital firm Unitus Ventures.

Another issue that might attract more funds to India’s digital companies is under-allocation to the country.

“India is substantially under-allocated by investors in most major capital markets, especially when compared to the opportunity set. Over the medium run, we anticipate an increase in absolute allocations to India. Longer-term, demand (realised investor experience) and supply (investable enterprises) will drive continuing investments in India, according to Harsh Shethia, India head at global alternative asset manager Investcorp, which managed $38 billion at the end of FY21.