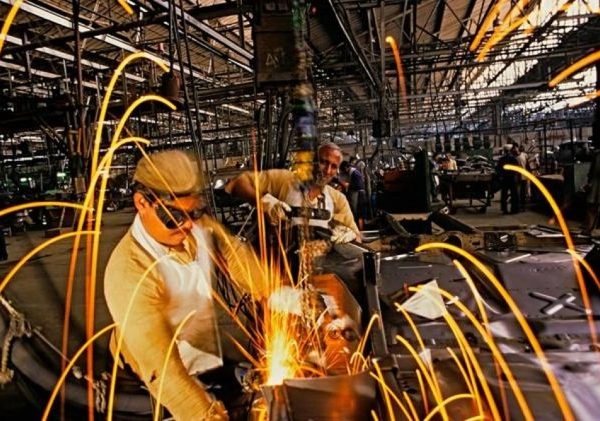 The index of industrial production (IIP) grew by 11.5% in July, driven by a contracted base.

Barring consumer durables, all other use-based categories rebounded to or above the pre- Covid levels. Capital goods, a proxy for investment, rose 29.5% from a year before in July and returned to the pre-pandemic level, so did consumer non-durables (even though the latter dropped 1.5%, year on year, due to restocking after the first wave). However, consumer non-durables still trailed the pre-pandemic level by 8.3% despite the fact that it went up by 20.2% from a year before, aided by the base effect.

Mining, manufacturing, and electricity recorded growth of 19.5%, 10.5%, and 11.1%, respectively, albeit driven by favourable base effect. However, mining rose 4.4% from the pre-pandemic level,

Aditi Nayar, the chief economist at ICRA, said the manufacturing index in July 2021 (130.9) was nearly as high as the level in October 2020 (132.0) during last year’s festive season, “which offers a glimpse into the strength of the revival after the second wave”. “With an expected uptick in mining, electricity, and infrastructure/construction goods, amidst a weaker performance of the auto sector, we project the IIP growth to improve to 13-15% in August,” she forecast.

Madan Sabnavis, the chief economist at CARE Ratings, expected a higher growth rate in August, too. But from September onwards the base effect will get diluted sharply. “A critical part would be the expected revival in demand especially for consumer goods which will make firms build up stocks from August onwards,” Sabnavis said.