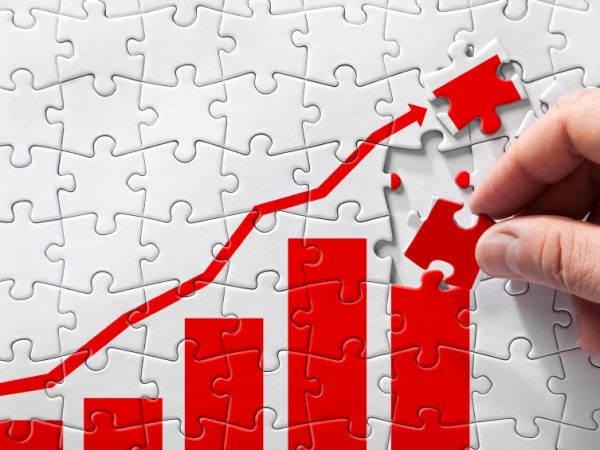 Mumbai: Higher commodity prices and continued revival in demand for consumer discretionary products likely lifted corporate revenue 18-20 percent on-year to Rs 8.2 lakh crore in the second quarter of this fiscal, indicates a CRISIL Research study of 300 companies (excluding from the financial services and oil sectors) that account for 55-60 percent of the market capitalization of the National Stock Exchange.

Construction-linked sectors are estimated to have grown 22-25 percent on the year, benefiting from the low-base effect of last fiscal.

Overall revenue growth would be primarily supported by price hikes driven by costlier commodities. On-year volume growth would be mostly in single-digit across key segments except for commercial vehicles. To be sure, growth momentum would have slowed compared with the 47 percent on-year increase seen in the first quarter.

On a sequential basis, overall revenue is likely to have grown 8-10 percent.

Revenue from consumer discretionary products is expected to have risen 23-25 percent sequentially after demand was hit by the second wave of the Covid-19 pandemic in the first quarter.

Construction-linked sectors are estimated to have grown a moderate 3-5 percent as seasonal weakness slowed down execution and volume growth.

Revenue in the automobiles sector is estimated to have grown 27-30 percent sequentially, led by an increase in realizations. That, in turn, is expected to steer growth for ancillary segments such as auto components and tyres, which have likely grown a robust 12-14 percent and 6-10 percent on-quarter, respectively.

Overall revenue of the sample set is expected to have risen to Rs 15.8 lakh crore in the first half of this fiscal, up 30- 32 percent on-year.

Says Hetal Gandhi, Director, CRISIL Research, “Elevated commodity prices and healthy realizations would lead to better revenue performance across sectors in the second quarter. As many as 24 of the 40 sectors represented by these 300 companies have likely grown over 20 percent on-year. But overall revenue growth would be a notch lower at 15-17 per cent excluding commodity sectors such as steel and aluminum. On a sequential basis, it could be even lower at 8-10 per cent, with export-linked sectors such as IT services and pharmaceuticals proving to be drags, even though growing at a stable 4-6 per cent.”

The moderation in revenue growth is expected to have trickled down to earnings before interest, tax, depreciation, and amortisation (Ebitda), which is estimated to be up an average of 5-7 percent sequentially. From an on-year perspective, that would be 24-27 per cent higher because of the low-base effect.

Consequently, operating profitability, as represented by the Ebitda margin, would have narrowed by 40-80 bps on- quarter as a complete pass-through of the sharp increase in raw material cost would not have been possible.

Nearly half of the 40 sectors are expected to log a sequential drop in Ebitda margin amid rising input prices. While overall margins may have continued to improve on-year to 100-120 bps, excluding companies in the aluminum and steel products segments, it would have contracted 30-70 bps.

“The ability of companies to pass on the surge in commodity prices is limited, which caps the rise in margins. Crude oil prices are up 71 percent in the second quarter on-year, and steel is 47 percent. Power and fuel expenses have risen because of 2x higher coal prices and over 4x higher spot gas prices. These would add to the woes, leading to margin contraction in the power and cement sectors,” adds Hetal Gandhi.

For the first half of this fiscal, the overall Ebitda margin (for 300 companies) is estimated at 22-24 percent, marking an expansion of 200-250 bps on-year, and driven by a 380 bps expansion in the first quarter.