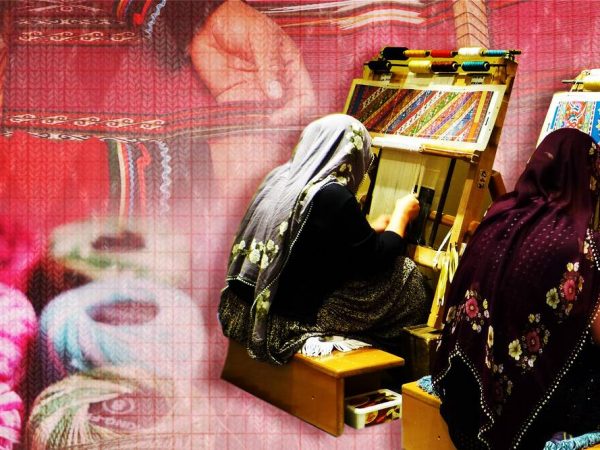 New Delhi: After India emerged as one of the preferred destinations of foreign companies leaving the Chinese shores in the aftermath of the Covid pandemic, the Indian textile sector is set to cash in on the misery of China even further. Reportedly, the massive power cuts across the authoritarian country triggered by a shortage of coal supplies, toughening emissions standards, and strong demand from the industry have led to an overall catastrophic situation. As a result, China — a major exporter of apparel and textiles to the world is seeing its market shrink, and India, the emerging textile hub is set to replace it fair and square.

Ashish Gujarati, president of Southern Gujarat Chamber of Commerce and Industry in a conference remarked that the situation was ripe for the textile giants in the city of Surat to step up on the gas and take advantage of the situation.

The Budget also emphasised infrastructure development and research and capacity building in the sector as the grant for these segments had been increased by about 43.7 per cent and 77.5 per cent, respectively, compared to last year.

The opportunity to pin down the Chinese textile industry could not have come at a more opportune time. The Narendra Modi government last month (September 8) extended the ambit of the revolutionary PLI scheme and included the Textiles sector in it.

With a budgetary outlay of Rs 10,683 crore that will be provided over 5 years, the scheme is expected to give a major fillip to the sector. The extension of the scheme comes at a time when India’s merchandise exports in August touched $33.14 billion, 45.17 per cent higher than a year ago and 27.5 per cent over the pre-pandemic level of August 2019. The government’s make in India and as a corollary, ‘Aatmanirbhar Bharat’ push to become the factory of the world is gradually taking shape.

India’s success comes in the backdrop of the global pandemic which had disrupted the supply chain market. China- the world’s factory dropped the towel and countries across the globe were left scurrying around looking for alternatives. Sensing a window of opportunity, the Modi government swooped in and in March last year, launched the PIL scheme, and fast forward today, it has been extended to nearly 10 vital sectors of the economy.

China is the biggest coal consumer in the world. The Communist nation still consumes over 56 per cent of coal as a part of its total energy consumption. The fossil fuel is the most vital part of China’s energy security.

Such a high concentration of thermal power in China means that any decline in coal supply hurts its ability to generate sufficient electricity. Presently, China is facing a serious shortfall of Australian coal. Last year, Beijing imposed an unofficial ban on Australian coal that immediately led to Southern provinces in the Communist country going dark.

Moreover, as a direct repercussion of the scarcity of non-renewable material, China has been forced to shut down everything from aluminium smelters to textiles, and even food processing units like soybean plants.

To worsen Beijing’s woes, the three main industrial Chinese provinces- Jiangsu, Zhejiang and Guangdong that account for around a third of the economy of China, are facing power (electricity) cuts. Similarly, in Zhejiang, 160 industrial units including textile units had to be shut down.

With China’s industries failing, we are looking at a huge socio-economic crisis in the country, where it will fail to fulfil all its basic needs from manufacturing basic industrial goods to producing consumer goods like textiles and supplying enough electricity to power and illuminate its households.