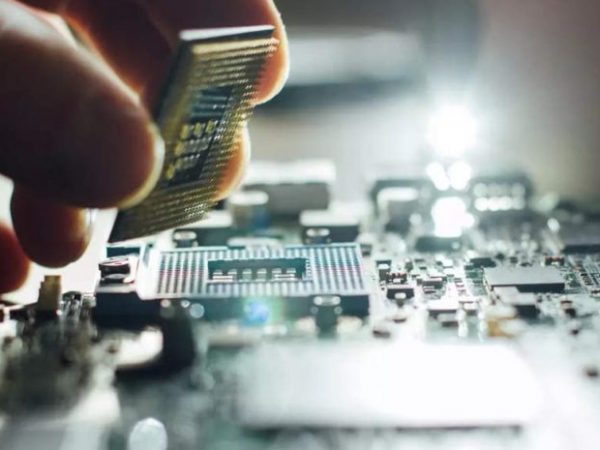 According to sources familiar with the subject, India and Taiwan are in negotiations on a deal that may bring chip production to South Asia as well as tariff reductions on components used to make semiconductors by the end of the year, a move that might rekindle tensions with China.

Officials from New Delhi and Taipei met recently to negotiate a deal that would bring a chip facility worth an estimated $7.5 billion to India, according to the individuals. The chip plant would supply everything from 5G gadgets to electric automobiles. India is presently researching potential places with sufficient land, water, and personnel, and has stated that it will fund 50% of capital expenditures beginning in 2023, as well as give tax cuts and other incentives.

Officials in Taipei intended to move quickly on a bilateral investment pact that would involve tariff reductions on dozens of semiconductor-related items — a prelude to a wider trade agreement that is also being considered, according to the individuals.

The individuals requested anonymity in order to discuss ongoing talks. Taiwan’s Office of Trade Negotiations declined to comment, while an Indian trade ministry spokeswoman did not immediately respond to a text message.

The trade negotiations take place at a time when democracies around the world are strengthening their economic and military ties in order to counter China’s growing assertiveness. While Taiwan has long desired a trade agreement with India, New Delhi authorities have been wary of upsetting Beijing, which claims the island democracy as its own.

As US President Joe Biden tries to shore up chip supplies, develop supply networks across democracies, and boost military capabilities in the area, the conversations have heated up in recent weeks. He visited Indian Prime Minister Narendra Modi, as well as the leaders of Australia and Japan, on Friday as part of the Quad conference, a group aimed at opposing China’s influence.

Since a lengthy border confrontation in 2020, when at least 20 Indian and four Chinese troops were killed, India has taken a more assertive posture against China.

While India and Taiwan are building the basis for a comprehensive trade agreement spanning commodities, services, and investments, authorities in Taipei are attempting to modify the investment agreement in order to demonstrate early progress.

As it strives to become more self-reliant on chips, India has attempted to attract high-tech investments, while Taiwan seeks to increase its diplomatic footprint throughout the world as it pushes back against Chinese pressure. Beijing has promised to work hard to unite the island democracy with the mainland, even if it means using force.

Chip shortages have pushed back the debut of billionaire Mukesh Ambani’s Reliance Industries’ smartphone, which was co-engineered with Google. India now imports virtually all semiconductors to fulfil demand, which is expected to reach $100 billion by 2025, up from $24 billion presently.

According to sources familiar with the situation, Taiwan has welcomed collaboration between the two countries on semiconductors, but it is still analysing the idea because of a lack of ecosystem for building up a chip production factory in India. According to one of the persons, the Taiwanese side has expressed worries about water and energy availability and has indicated that it may be more viable for India to start developing a chip design business before establishing fabs.