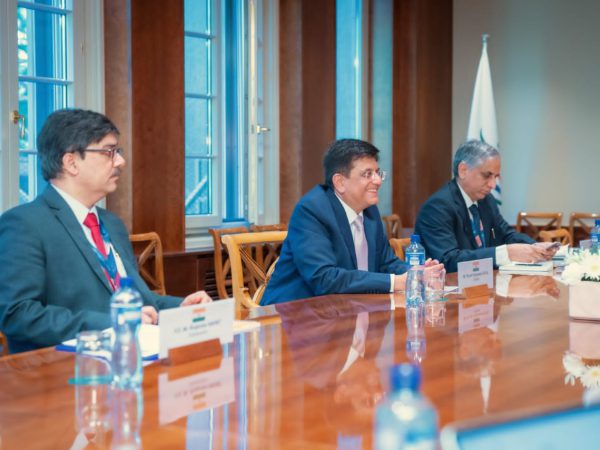 Guwahati: India has made a strong pitch to protect the interests of the developing and under-developed countries at the WTO.

Union Minister of Commerce and Industry, Consumer Affairs, Food & Public Distribution and Textiles, Piyush Goyal, representing India at the 12thMinisterial Conference of the WTO in Geneva, raised concerns about the “skewed” WTO reforms proposal, imperative need to retain the Special and Differential Treatment (S&DT) provisions for the developing world, global inequities in Covid vaccination and Public Stockholding of foodgrains.

Speaking on the ‘Challenges confronting the Ministerial Session’ yesterday, Goyal said the current proposals for WTO Reform could fundamentally change its institutional architecture, skewing the system against the interests of developing countries.

“We need to move ahead, preserving the core principles of consensus and ensuring S&DT, with people and development being at the core of the WTO’s future agenda,” said Goyal.

“When the world was desperately looking for relief, the WTO was found wanting.” As an example, vaccine inequity persists even two years after COVID. When people in LDCs and several developing countries are yet to be vaccinated, there are some countries that have already administered the 3rd or 4thdose, “he said, adding, “This is a collective failure of global governance & we need to introspect.

To rebuild trust and credibility, Shri Goyal said, we must first address mandated issues, like the Permanent Solution to Public Stockholding agreed nearly a decade ago.

“The current global food crisis is a reminder to us that we act now! “Can we risk the lives of millions of people dependent on food stocks maintained for the poor and vulnerable?” Shri Goyal asked.

“During the pandemic, India alone distributed 100 million tonnes of foodgrain free of charge to 800 million Indians at a cost of nearly $50 billion.” This was over and above the food grains distributed as a part of our National Food Security Programme thus ensuring that nobody ever slept hungrily, “he said.

Shri Goyal argued that while negotiating the Fisheries Subsidies, the livelihood of traditional fishermen cannot be compromised.

On climate issues, Shri Goyal proposed we need to adopt environmentally-conscious lifestyles, and more sustainable lifestyles, based on the 3Ps of “Pro Planet People.”