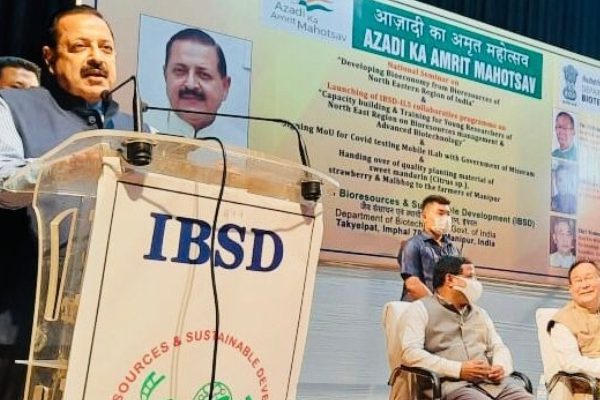 Dr. Jitendra Singh, Union Minister of State (IC) Ministry of Science and Technology, stated today that India is on track to become a Global Bio-manufacturing Hub and would be among the top five nations in the world by 2025.

The minister made the remarks today during the opening of the Biological Research Regulatory Approval Portal (BioRRAP).

He also stated that the Bio Economy’s contribution to national GDP has consistently increased in recent years, reaching 2.7 percent in 2020 from 1.7 percent in 2017, and would reach new heights after 25 years in the Centenary year of 2047.

There are currently over 2,700 biotech start-ups and over 2,500 biotech firms in the nation.

The “BioRRAP” Portal will serve all those seeking regulatory permission for biological research and development activities in the country, providing significant relief for “Ease of Science and Ease of Business.”

He went on to say that research in numerous biological domains is constantly developing in India, thanks to funds from both the public and commercial sectors. Many of these studies fall within the authority of one or more regulatory authorities, which must first accept the research proposal before the researcher can proceed with the study, he explained.