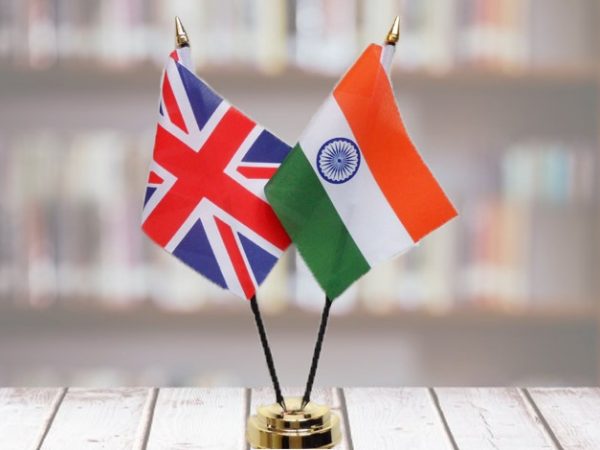 Sitharaman and Sunak inked a USD 1.2 billion packages of public and private investment in green projects and renewable energy to help India achieve its green growth goals while meeting digitally for the annual summit.

This includes a USD 1 billion investment in green projects in India by the CDC, the UK’s development finance institution, joint investments by both governments to support companies developing innovative green tech solutions, and a new USD 200 million private and multilateral investment in the joint Green Growth Equity Fund, which invests in Indian renewable energy.

A new Climate Finance Leadership Initiative (CFLI) India collaboration has also been agreed upon to mobilize private finance into sustainable infrastructure in India, including clean energy technologies such as wind and solar power, as well as other green technology.

“The United Kingdom and India already have great relationships, and today we’ve signed crucial new agreements to further our ties and deliver for both of our nations,” Sunak added.

“Supporting India’s green growth is a shared goal, therefore I’m happy that, as the UK prepares to host COP26, we’ve announced a USD 1.2 billion investment package and formed the new CFLI India partnership to encourage investment in sustainable projects in India,” he added.

“With trade talks still on the horizon, our commitment to be ambitious when it comes to services will open up new opportunities in both markets, boosting employment and investment in the UK and India,” he added.

Both ministers agreed during the EFD to be ambitious in the future UK-India trade discussions when it comes to services, and to expand the financial market partnership initiatives currently underway to fund growth.

The UK also applauded India’s recent decision to raise the Foreign Direct Investment (FDI) quota in the insurance industry from 49% to 74%, allowing British companies to have a bigger stake in their Indian operations.

According to UK official data, bilateral trade between the UK and India is expected to reach about 18 billion pounds in 2020, supporting nearly half a million employees in both economies.

The two nations have set an aim of doubling trade by 2030, including by negotiating a Free Trade Agreement (FTA) after Prime Minister Narendra Modi and his British counterpart Boris Johnson agreed to an Enhanced Trade Partnership (ETP) earlier this year.

The joint statement agreed at the end of the EFD includes a wide variety of topics, including financial services and expanding possibilities for UK financial businesses, as well as assisting more Indian companies in obtaining financing in the City of London.

According to official data, Indian companies have raised GBP 13.41 billion in Masala, dollar, and green bonds listed on the London Stock Exchange (LSE) during the previous five years, with the LSE being named the “biggest worldwide centre for Masala Bonds.”

The two governments also praised the establishment of the India-UK Global Innovation Partnership, which will see India and the UK co-finance a fund for climate-smart inclusive innovations from India to third countries over a 14-year period under the Trilateral Development Cooperation Framework.