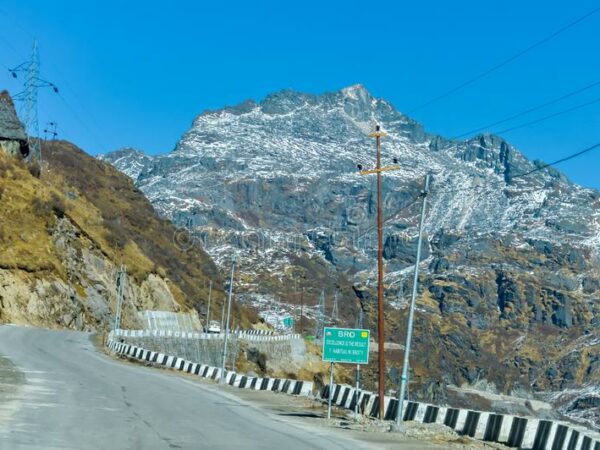 Guwahati: The Indian Army will construct a 2,000 km long road at Arunachal Pradesh at an estimated cost of Rs. 40,000 crore, almost parallel to Mc Mohan line, the de facto border between China and India.

The Arunachal Frontier Highway will begin from Tawang to Vijaynagar in eastern Arunachal Pradesh.

Border Roads Organisation (BRO) along National Highways Authority of India will construct the highway which will also fill the adequate infrastructure gap in the inaccessible stretch on the border from Tawang to Wallong, sources said.

Historically, the entry point to Arunachal from the China-controlled Tibet autonomous region has been either through Twang or through Kibithu, just north of Walong.

The Arunachal Frontier Highway beginning from Tawang to Vijaynagar in eastern Arunachal Pradesh and also known as the Mago-Thingbu–Vijaynagar border highway is being constructed at a cost of Rs. 40,000 crore

Recently, Centre approved a tranche of Rs. 27, 349 crores for the project.

Arunachal Pradesh, with its sprawling 84,000 sq km— the biggest state in the North East has always been a military strategist’s nightmare.

The military challenge lies in linking up the deep valleys east to west for quick movement of men and material in case of a conflict situation with China in the north. Several military exercises have taken place to attempt the challenge of intra-valley transfers.