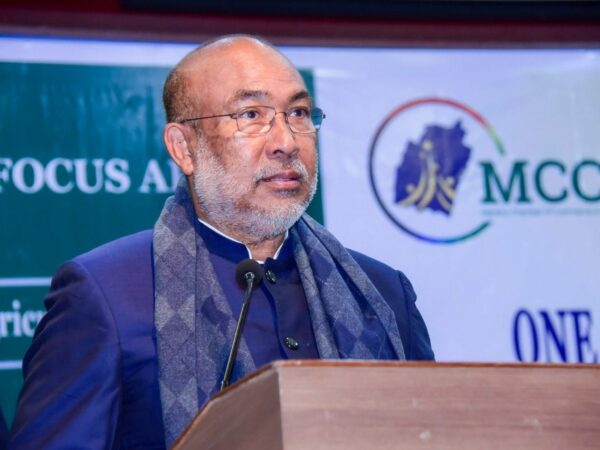 Guwahati: Manipur government is planning to start international flights from Imphal Airport to Mandalay and Bangkok, under the UDAAN Scheme of the government of India.

Addressing a one day International Business Summit, Gateway Manipur-Connecting ASEAN Countries , Chief Minister N. Biren Singh said that the Imphal International Airport is the third-busiest airport in North-East India and that ongoing development works including a new integrated terminal and Air Cargo terminal, will further consolidate the air connectivity infrastructure in the State.

Stating that the North East connects India to one of the most economically dynamic and politically significant geographies of the world, the Chief Minister stressed that as the global power axis shifts to the Indo-Pacific, developing a secure and prosperous North Eastern Region as a convergence of India’s “Act East Policy” and “Neighbourhood First Policy” will be vital pillar towards realizing a common vision of a “Free and Open Indo-Pacific.”

Further highlighting that Manipur is the land gateway to ASEAN and beyond, the Chief Minister added that better connectivity would have a positive impact on sectors like tourism, logistics, services sector, healthcare, education, IT and IT enabled Services towards ensuring inclusive and sustainable growth.

N. Biren Singh also stated that improvement of National Highways to Moreh is nearing completion and that completion of regional projects such as Trilateral Highway Project, Kaladan Multi-Modal Transit Transport Project and SASEC Road Connectivity Projects would be transformative for Manipur and the North-East of India.

He said rail network has reached Manipur and that there are plans for Asian Railways through Moreh-Tamu by extending the rail line beyond Imphal.