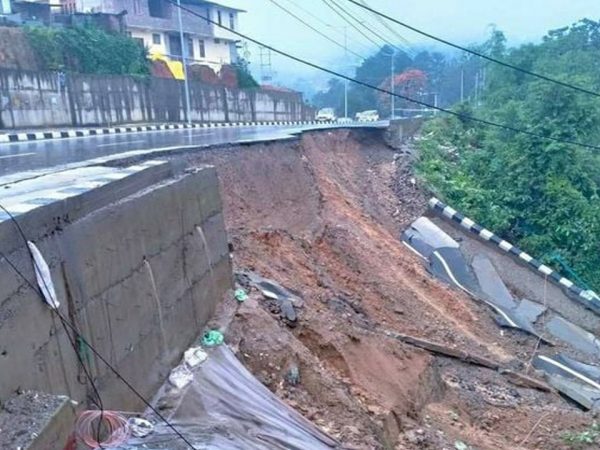 Itanagar: Compensation will be provided to the genuine beneficiaries and shall hand over the Packages B and C of the four-lane highway project in the capital to the contractors by the Itanagar Capital Region (ICR) to start work at the earliest, as per the urging of Itanagar MLA Techi Kaso.
Seeing the pathetic condition of the Naharlagun to Banderdewa stretch of the four-lane highway, the repair work is at utmost need, and hence compensation pertinently needs to get cleared, said Kaso. Moreover, compensation assessment was done for this stretch in 2013-14, and accordingly, the government of India sanctioned the fund in 2016. However, compensation is yet to be paid and if reassessment happens it will again push back the project.

The compensation fund shall be released by DC soon since the tender process has been completed. Encumbrance-free land should be immediately handed over to the PWD highway and the roads should be maintained from the damages caused by the illegal earth-cutting,” the MLA said.

“During a meeting with the chief secretary, the ICR DC had assured to provide encumbrance-free land by 30 July. Recently, DC Talo Potom wrote to the highway department chief engineer, informing that Package C is being handed over encumbrance-free but it wasn’t yet when went for verification which has been notified to the DC” said Tath.
Much other compensation amount is pending in the ICR DC office.
The EE informs that the agreement for Packages B and C was signed with the contractor in January this year and is waiting for DC’s approval.

However, he assured that the department is carrying out repair work on the worst-hit stretches between Naharlagun and Nirjuli but has been affected by rains and sudden illegal earth-cutting.