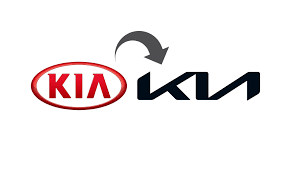 Kia motors South Korean Auto –Maker Kia officially changed its name in the country to Kia India . The company was founded on 19th may 2017 .

Kia motors in INDIA is producing several models that was developed specifically for the Indian  market.

In 2019, Kia made its debut in India as Kia Motor India and Seltos was its first product at that time. Seltos became a successful car for Kia and the company came up with the Carnival MPV.  In over one-and-a-half years of sales operation in India, Kia has emerged as the fourth most sold car brand and the fastest carmaker to achieve 2,50,000 sales figures in the country.The change of name is a companys new brand identity and brand purposes ‘Movement that Inspires’.

The brand has removed the word “Motors” from its earlier name ratification by the Ministry of Corporate Affairs and will now function under the corporate identity of Kia India Pvt Ltd, the automaker said in a statement.

As part of its new brand identity, Kia India has also changed the brand logo as Anantapur manufacturing facility in Andhra Pradesh and will carry out the same at its dealerships in a phase-wise manner, it added. Earlier this year ,Kia had unveiled its new cooperate logo and global brand slogan signifying  its transformational and all-new brand purpose. The new logo was unveiled in Incheon, South Korea.-PTI