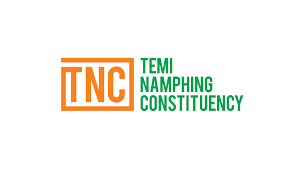 Namchi: A comprehensive and credit camp-cum-awareness token distribution programme for the farmers of Temi-Namphing constituency, the south district was held at the auditorium of Bermiok Senior Secondary School today.

Agriculture minister Lok Nath Sharma graced the occasion as the chief guest in the presence of minister-cum area MLA B.S. Panth as the guest of honour. Both the ministers jointly handed over the subsidised loans, amounting to Rs. 58 lakhs to the 42 farmers of the constituency under the theme of ‘Development through Credit’. A total of 104 farming households were presented during the programme.

One bulk milk cooler each to Chalamthang MPCS and Ben MPCS, AMCH machine to Upper Pabong and Temi Daragaon MPCS, and interest-free cow loan of Rs. 40,000 each to eight dairy farmers from the constituency under Sikkim Milk Union was also distributed.

Minister Lok Nath Sharma underlined the importance of the programme to encourage and benefit the farmers of Temi Namphing constituency comprehensively. He emphasized newly formulated farmer-friendly policies and threw light on the provision of financial Mantri Krishi Atmanirbhar Yojana.

Farming’ for sustainable growth of agriculture and allied sectors and benefit the farmers in the state.

Sharma informed about the Pig Production Incentive Scheme Mukhya Mantri Pashudhan Samridhi Yojana and Mukya Mantri Matsya Utpadan Yojana Yojana scheduled to be launched on October 28 in a special programme at Saramsa. He expressed gratitude to the DGM, SBI, Sharma.

Ormea about the Pig Production Incentive Scheme Mukhya Mantri Pashudhan Samridhi Yojana and Mukya Mantri Matsya Utpadan Yojana scheduled to be launched on October 28 in a special programme at Saramsa. He expressed gratitude to the DGM, SBI, Siliguri, Neeraj Prasad, and the entire banking sector for their tremendous contributions in providing credit to the farmers.

Addressing the demands placed by the area MLA, minister Sharma announced to construction a community water tank of 30,000 litre in the dry region of Palak and an RCC water tank at Pabung to encourage vegetable growers of the locality. He also directed to form a water user committee for each water tank and to CLOSE n construction work at the earliest. He drew light on the ongoing efforts of the State government to combat wildlife interference and encouraged farmers to acquire insurance.

Minister B.S. Panth expressed gratitude to the Agriculture Minister and the concerned departments for organising a distribution programme to benefit the farmers of Temi-Namphing constituency. He also acknowledged the contributions of field functionaries of Agriculture, Horticulture, and Animal Husbandry departments for providing valuable services in the field.

Horticulture commissioner cum-secretary Yashoda Bhandari emphasized the importance of the lucrative profession of farming. She advised farmers to be F aware of existing schemes e and programmes and d encouraged them towards
entrepreneurship with the adoption of the scientific methods. Animal Husbandry & Veterinary services secretary Dr.

Dr. Sangey D. Bhutia informed about the departmental activities being taken up for the welfare of farmers. He informed about the requisite criteria of three pigs of 50 kg each to be entitled to the financial benefits of Rs. 15000 under Mukhya Mantri Pashudhan Samridhi Yojana.
Sikkim Milk Union managing director Dr. A.B. Karki underlined the notable growth in the production of milk witnessed by the State after launching of financial incentive of Rs. 8 per litre.

The number of dairy farmers increased from 7000 to 15000 and the Milk Producers Cooperative Society also touched to 500 with the opening of additional hundreds of MPCS. He highlighted various beneficial provisions made for the welfare of farmers under the Sikkim Milk Union. On the occasion, the Sikkim Milk Union also felicitated minister Sharma for receiving the prestigious award of ‘Most Film Friendly State Award’ on behalf of the State government from the Vice President of India on October 25.

Siliguri SBI DGM Neeraj Prasad applauded the Government of Sikkim for making commendable efforts to benefit the farmers
and enabling the banking sector to provide credit to the deprived farming communities. He informed that over 700 farmers of Sikkim have been provided with credit of Rs. 10 crores to date.

LDM Gopal Lama also informed about all initiatives taken up by the bank in favour of the farming community under the directives of the State government.