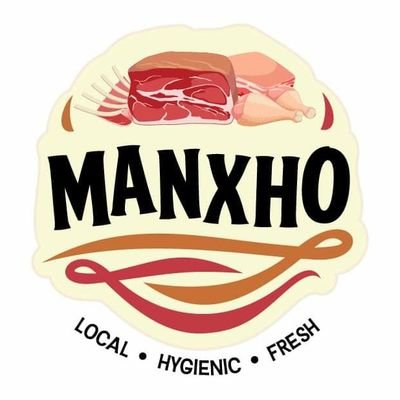 Guwahati: A homegrown food brand has managed to gather a lot of attention and appreciation for its mouth-watering delicacies.

Well, almost a delicacy until recently due to its rare availability in the open market. Manxho, the brand, is known for its mouth-water smoked meat and fish as well as a list of local produce to prepare an ethnic recipe. And not to forget the pickles that would enhance the entire eating experience.

Considering the demand for locally grown fresh produce, three young Assamese founded the brand. Although it started off with pork, which still remains among the top sellers, the trio is on a mission to provide a market for the organic products of the region.

Business Northeast caught up with Diganta Saikia, one of the founders. Saikia speaks of the struggles, the setbacks, and the determination that led to the early success of the brand. The young entrepreneur also sheds light on the potential of the piggery sector in the North East.

Returning home to Khowang in Dibrugarh, Diganta along with his brother Vardaan Saikia decided to start a piggery around 2017.  “We had sufficient time in hand and I have been a part of the Delhi work culture where people work throughout the day. I wanted to utilize my available time,” he said.

“We started by researching piggery farming, for which we travelled across Assam, Nagaland, Arunachal Pradesh, and even to South India. Then we procured 90 animals, 70 to be sold after fattening and the other 20 to produce piglets. We invested quite a lot in the farm and became members of the North East Progressive Pig Farmers Association (NEPPFA). I am one of the Executive Committee members of NEPPFA.

“Unfortunately, the lockdown happened with us having about 300 animals on the farm. That was followed by the African swine fever that hit the pork market badly as the government had banned any kind of sale of pigs/piglets/pork in the entire state of Assam. It became a major concern, as we have been running the piggery business with the profits earned from selling our animals,” he added.

When the state government allowed the door-to-door supply of chicken and mutton, Saikia and his partners approached the Dibrugarh district administration to deliver pork as well. “We got the permission and soon started Manxho. While the original plan was to go for a farm-to-fork business model a few years later, we started that off immediately. The unprecedented situation expedited the entire process, a definite blessing for us in disguise,” said Diganta.

“By then another partner had joined us, Jitu Bora. He owned a restaurant in Khowang, popular for its ethnic dishes, and used to procure pork from us. He had the experience of traditionally smoking pork and creating authentic ethnic cuisine. This gave us the idea of supplying smoked pork.”

“We hit the market on June 14, 2021, with our quality smoked pork packed in ‘tora paat’. It was quite well received by the customers. We smoked the pork in the traditional way on wood, and now we have developed a customized commercial setup although the smoking process is still the traditional way,” he added.

Diving into the world of local produce with minimal investment:

“For Manxho the initial investment was almost negligible. We already had our piggery farm, and Manxho was associated with it. We sold our own produce. Eventually, we made the farm and the processed food units into two independent entities.

“Though we started with pork, we added a host of other local items. Today customers relish our smoked duck, chicken, and fish as well. And we have ensured that the other condiments needed to flavour the meat into an authentic dish are also easily available to the customer, especially to those who are outside the North East. So we got everything from bamboo shoot to axone, to bhoot jolokia,” said Diganta.

As the market opened up, the brand even introduced a variety of pickles. Manxho started with a capital investment of about Rs. 1 lakh and has been successfully doing business only from the profits thereafter, without any bank loan or government subsidy.

Until ‘Manxho’ opened shop, smoked meat was not commercially available despite high demand, except from Shillong, Nagaland, or Arunachal, or with the Deori and Missing communities who did it for their personal consumption and not to sell.

“For marketing, apart from advertising through social media platforms, we approached foodies and bloggers for Assam and the neighbouring states to review our product. Their honest appreciation had been of utmost benefit to us,” he said.

There was a major setback due to the African swine fever last year, but we restarted again in November 2021.

“Well Manxho’s pricing is marginally high as the cost of production is much higher in Upper Assam as compared to Lower Assam. What we sell is procured mostly from the households, that is the small farmers of the region, majorly Khowang. Chicken is taken from the local farms, fish from either the river or the local fisheries, and even the condiments are hand-picked. We are looking into traditionally produced goods which explains our high value.  But we ensure quality produce and authentic taste.

Diganta highlighted that even for smoking the traditional methods are prioritised.

“Our business was small but our quality made us a common name amongst pork lovers of not just the region but pan-India. We have delivered across all states of the North East and even up to Gujarat, Jammu and Kashmir, and South India. As of now, we have touched over 600 customers online, a number of whom have repeated orders since we started off in late November 2021. Also, there are hundreds of others who procure from the local stores to where we supply.”

He informed that while 80 percent of the customers are from the NE, 10 percent are people from outside the region who enjoy the flavours of the NE, and the other 10 percent are from other states altogether.

Manxho is working to launch its very own e-commerce website https://manxho.co.in soon.

The way ahead for Manxho:

The firm employs six individuals, including two women, who are engaged in the entire process. The women are also trained to make and process the pickles under the guidance of Jitu Bora.

“The journey has not been easy but we are here to stay. We are relatively new so people are yet to trust the brand. But we are hopeful. We have plans to offer our e-commerce platform to other local producers and sellers; it will be a reliable platform but will retain their individual identities. We are also mulling collaboration with the Indian Institute of Packaging for better packaging of our products, ensuring longer shelf-life.

Right now Manxho products are available in retail stores across Upper Assam in Dibrugarh, Sivasagar, Duliajan, Digboi, and Moran also in Namsai, Arunachal Pradesh.  The products are likely to be introduced in Lower Assam and also planning for launch in Arunachal Pradesh, and across India as well. In Guwahati, it is available in the D’Freshco Departmental stores in Guwahati.

“The government should focus on selling such products as ours outside the North East for which both loans and subsidies should be provided,” said Diganta.

As pork remains the bestseller, here’s an insight into the business in Dibrugarh:

There have not been many commercial pig farms in Dibrugarh until a few years back. About a dozen or fewer pigs are reared by farmers, mostly in their backyards.

“The few who dared to start commercially on a larger scale, unfortunately, failed due to the unavailability of feed, vaccines, and lack of training and scientific knowledge. And the prices of meat were very low,” stated Diganta.

“The piggery market has always been ‘butcher centric’. The price of every individual animal is decided by the liking of the butcher. The small farmers usually raise the animals on household waste, without much investment. But the commercial ones have lots to invest in feed, scientific rearing, and health care. Since the pricing of butchers is always low, commercial farming has been mostly a failure till now.

“Instead it is advisable to sell piglets or build a market to sell one’s own meat,” he added.

Potential of piggery farming in the North East:

“The North East Progressive Pig Farmers Association (NEPPFA) was formed back in 2017 with one of the objectives to make NE the pork hub of India. Presently about 95 percent of the pork consumed in the region is imported from Punjab, Rajasthan, Haryana, Bihar, and others. And despite transportation across such long distances, the products are sold at a much cheaper rate compared to the local produce,” Saikia informed.

“The Assam government is talking about a ‘pink revolution’ here. For that, the locally produced quality feed can be made available to the farmers. About 70 percent of the feed is maize which is grown in the NE. However, the raw produce is often taken outside the region and the final feed is resold to us. Even the classical swine fever vaccines can be produced locally. The College of Veterinary Science in Khanapara has apprised of the available technology to make vaccines from rabbits, for which the rabbits again can be reared by the farmers themselves, “ he added.

The aforementioned process, if adopted, can be an efficient low-cost integrated system in the piggery sector.

“Our firm has taken advantage of government schemes to produce biogas from the manure for our personal consumption. We want to highlight that there are several schemes and incentives available from the government that can benefit the local producers. But awareness needs to be created,” said Diganta.

Unfortunately, to date, not many banks are keen on giving loans to pig farmers, which is again a setback for someone thinking commercially.

“We recently took part in a ‘Conference on Export Potential of Natural, Organic and GI Agro Products from India’ in Guwahati. The exposure to such an event was a humble eye-opener for us where we met some brilliant entrepreneurs, witnessed their laudable work through their innovative products and most importantly we got to connect with some top industry experts from our sector.

“The Assam government is working to boost the organic and natural products market with a keen eye on Geographical Indications (GI) certified agro-products of the region. Their effort can be seen through such programs. Such kinds of programs are definitely going to encourage entrepreneurs across the North East of India to start Agri/processed food-related businesses,” Diganta Saikia concluded.