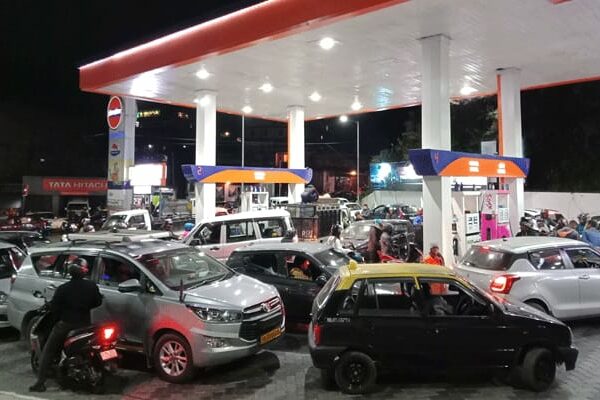 Guwahati: Meghalaya could face a severe shortage of petroleum products as oil tankers supplying most essential petrol and diesel to the pumps have refused to travel to the state citing security reasons.

Meanwhile, the Assam Petroleum Mazdoor Union will meet today to decide on the future course of action on plying of tankers in Meghalaya in view of the recent violent incidents where vehicles bearing Assam registration were attacked.

“Law and order situation is not under control…. We need police escort for plying of oil tankers across Meghalaya until that happens we will not allow any tankers from Assam to supply fuel to petrol pumps in Meghalaya”. Romen Das, General Secretary, Assam Petroleum Mazdoor Union told BNE.

Assam Petroleum Mazdoor Union has also sent letters to oil marketing companies, including IOC, HPCL and BPCL, informing about their decision not to load fuel in tankers .

On a daily basis approximately 100 oil tankers ply across Meghalaya- which supplies petrol and diesel to various locations.

However, Meghalaya government has assured protection for trucks supplying essential commodities to the hilly state.
In the evening on Thursday, hundreds of vehicles were seen waiting at the petrol pumps as people scrambled to fill up tanks fearing shortage.

Six people, including a forest guard, were killed in violence at a disputed area in West Karbi Anglong district along Assam- Meghalaya border .on Tuesday, triggering backlash in the capital town Shillong as vehicles form Assam were attacked by unknown miscreants .