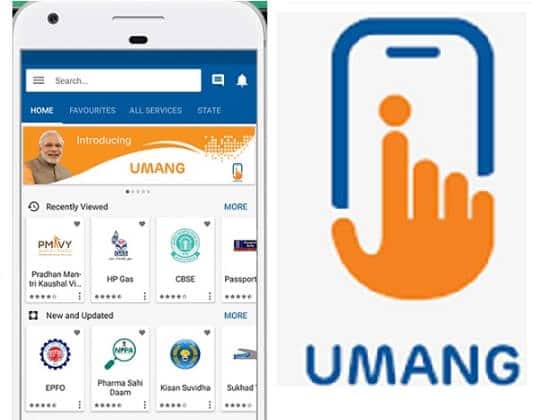 New Delhi: Ministry of Electronics & Information Technology (MeitY) has inked a Memorandum of Understanding (MoU) with MapmyIndia to enable the map services in “UMANG App” in order to ease the lives of citizens by facilitating online delivery of Government services and further enhance the initiatives of Digital India Programme, keeping in view the theme of ‘Aatmanirbhar Bharat’.

After the integration of UMANG with MapmyIndia Maps, citizens will be able to find government facilities nearest to their location, such as mandis, blood banks, and much more, at the click of a button. They will also be able to see these on the most detailed and interactive street and village level maps of India, built by MapmyIndia. Moreover, they will also be able to view the driving distance, get directions and turn by turn voice and visual guidance to locations, including traffic and road safety alerts during navigation, through the linkage between UMANG App and MapmyIndia”.

UMANG app has already started to provide map functionality through MapmyIndia in the following services:

To further increase usefulness to citizens, the map functionality will be shortly enabled in many more services such as:

The UMANG mobile app (Unified Mobile Application for New-age Governance)  is a Government of India single, unified, secure, multi-channel, multi-platform, multi-lingual, multi-service mobile app, providing access to high impact services of various organizations (Central and State).  Prime Minister of India, Shri Narendra Modi had launched the UMANG App in 2017. UMANG brings major government services on a single mobile app, with a larger goal to make the government accessible on the mobile phones of citizens. As of date, UMANG provides about 1251 services from 257 Departments & 32 States and about 20,280 Utility Bill Payment services, and many more services are there in the pipeline. UMANG user base has crossed 3.41 Crore across Android, iOS, Web, and KaiOS platforms. Citizens can also access their Digilocker Accounts from UMANG and give their feedback after availing of any service through Rapid Assessment System (RAS) which has been integrated with UMANG.

MapmyIndia, is a product of an indigenous, company founded and headquartered in New Delhi, India, in 1995, which has digitally mapped the entire country. It helps users find relevant places nearby and see them on detailed building level maps. MapmyIndia’s APIs enable app and technology developers to easily integrate India’s own, indigenous, Aatmanirbhar maps into their apps.

The UMANG App can be downloaded by giving a missed call on 97183-97183 and is available at the following links for download: