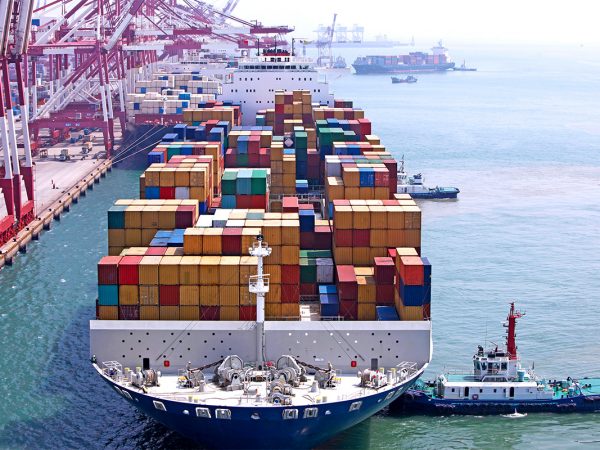 Preliminary data released by the commerce ministry showed the trade deficit shrank to $19.9 billion as exports picked up the pace while imports eased to $55.4 billion during the month.

Aditi Nayar, Chief Economist at ICRA Ratings said gold imports remained strong amidst the onset of the festive season, and we expect the aggregate imports to spike to $40-45 billion in FY22, especially if the rabi outlook supports rural sentiment. “Non-oil non-gold imports surged further to $35.8 billion in October, with a broad-based uptick across various commodity groups reflecting rising commodity prices, the expectation of healthy festive demand, and a turnaround in domestic economic activity. Encouragingly, non-oil exports rose to a seven-month high of $30.3 billion in October 2021, a YoY rise of 30%, with two-thirds of the absolute increase concentrated in engineering goods and gems, and jewellery.

Sustenance of healthy exports growth will be crucial to contain the current account deficit in light of the recovery and commodity price-led surge in merchandise imports,” Nayar said.

The commerce ministry has set a merchandise exports target of $400 billion for FY22 and $500 billion for FY23. The World Trade Organization has upgraded its forecast for global merchandise trade volume to an increase of 10.8% in 2021 from the 8% increase projected in March this year on the back of last year’s slump, which bottomed out in the second quarter of 2020.

“Due to a lower base, year-on-year growth in the second quarter of 2021 was 22%, but the figure is projected to fall to 10.9% in the third quarter and 6.6% in the fourth quarter, in part because of the rapid recovery in trade in the last two quarters of 2020.

Reaching the forecast for 2021 only requires quarter-on-quarter growth to average 0.8% per quarter in the second half of this year, equivalent to an annualized rate of 3.1%,” WTO said