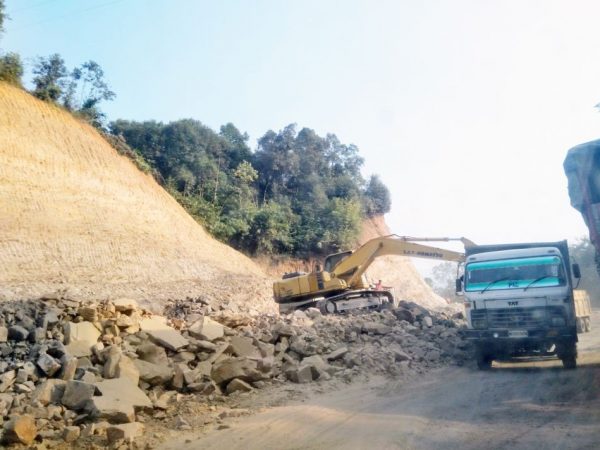 Reddy assured the officials involved that the Centre is willing to provide the funds in this regard, and he requested them to construct the National Highway 29 between Dimapur and Kohima as soon as possible. He believes that this road would be a game-changer for Nagaland.

During his visit to Nagaland in October 2003, former Prime Minister Atal Bihari Vajpayee launched the four-lane NH-29 project between Kohima and Dimapur. The highway’s development was approved in 2013, and road cutting work began in 2015. The highway, on the other hand, has yet to be built.

After presenting the commemorative plaque of the road linking the Sovima Village Gate and Thahekhu village from the NH-29, Reddy spoke at a programme at the Nagaland State Cricket Stadium in Sovima. He added that the route is critical for Dimapur because it would relieve traffic congestion on the main road and promote social and commercial ties between the various districts.

Tourist influx into Nagaland would increase with better infrastructure, resources, and development activities, according to Reddy, because the state is blessed with natural beauty, rich culture, and customs.

Reddy emphasised that the Union Government, led by Prime Minister Narendra Modi, is dedicated to upgrading the North East infrastructure projects. He asked people to back the governments of the North Eastern States in their efforts to develop the area.

Y Patton, Nagaland’s Deputy Chief Minister, and PWD (Roads and Bridges) portfolio holder stated that roads are the only mode of transportation and communication inside the state. He said that because Nagaland is a landlocked state, all socioeconomic activities are totally reliant on road infrastructure.

Patton reminded the DONER Minister that the state will require greater Central support for road infrastructure building and upgrading in order to boost tourism, trade, industry, and the state’s overall growth. He asked the Union minister to continue financing for the North East Special Infrastructure Development Scheme in the state till the roads are completed.