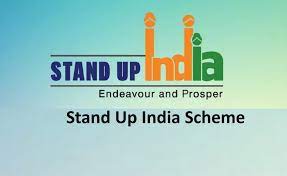 New Delhi: On 31st July 2021, more than 1.17 lakh loans amounting to more than Rs. 26,391 crore have been sanctioned to SC/ST and woman borrowers under the Stand Up India Scheme (SUPI), which has created employment for more than 6 lakh people. This was stated by Union Minister of State for Finance Dr. Bhagwat Kisanrao Karad in writing during a Rajya Sabha on 10th August 2021.
Further details of the loans provided by the Public Sector, Private Sector and Regional Rural Banks under the Stand Up India Scheme as of 31.07.2021 since inception, the Minister stated as under: –

The Minister stated that the Scheme has helped nurture entrepreneurship amongst marginalized sections of the population such as Scheduled Castes (SCs), Scheduled Tribes (STs), and women facing significant hurdles due to lack of advice/mentorship as well as inadequate and delayed credit for setting up greenfield enterprises.

On the evaluation of the scheme, the Minister stated that the Scheme is monitored and its performance is reviewed periodically at various levels such as District Level Consultative Committee (DLCC), State Level Implementation Committee (SLIC), State Level Bankers’ Committee (SLBC), through video conference with banks, etc.

On the impact of the scheme, the Minister stated that an independent impact assessment study was undertaken during FY 2019-20. Based on findings of the study, consultation with stakeholders, and according to an announcement made by the finance minister in her Budget Speech for F.Y. 2021-22, the margin money requirement for loans under the Scheme has been reduced from ‘up to 25%’ to ‘up to 15%’ and activities allied to agriculture have also been included in the Scheme.