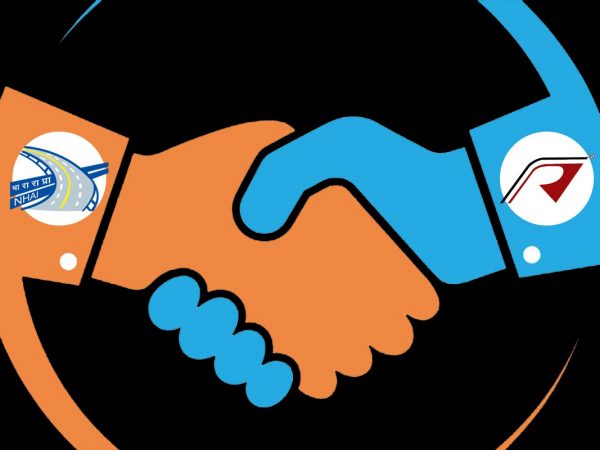 New Delhi: Recently, the Rail Vikas Nigam Limited (RVNL) has signed a Memorandum of Understanding (MoU) with the National Highway Authority of India (NHAI) represented by the National Highways Logistics Management Limited (NHLML)  to develop Multi-Modal Logistics Parks (MMLPs) across the country under the Bharatmala Pariyojana programme in September 2021.

In a bid to improve logistics efficiency for goods generating as well as aggregating from ports, hinterland, and for the nation as a whole, the Rail Vikas Nigam Limited and National Highways Logistics Management Limited agreed to co-operate and collaborate with each other in achieving the objectives for construction of MMLPs in an integrated manner.

According to a statement issued by Rail Vikas Nigam Limited, RVNL’s role will include the designing, feasibility study, planning, DPR, implementation as well as commissioning of the track connectivity work for Multi-Modal Logistics Parks. It further said for each MMLP which is planned at 35 different locations across the country, separate agreements and MoUs shall be drawn at appropriate stages.

The aim of this move is to provide state-of-the-art large-scale warehousing facilities for various types of commodities by creating project-specific SPV(s) on a “Hub and Spoke Model”. This umbrella Memorandum of Understanding shall be valid for a period of five years and is extendable.

RVNL, which functions under the Ministry of Railways, undertakes the execution of Indian Railways infrastructure projects of all kinds from concept to commissioning; raising nonbudgetary resources by setting up project-specific Special Purpose Vehicles. The organization has claimed to achieve several milestones, including completion of many Indian Railways’ projects such as doubling, new lines, electrification, and gauge conversion and electrification. Additionally, RVNL has also said that it builds workshops, institutional buildings, bridges as well as metro lines.